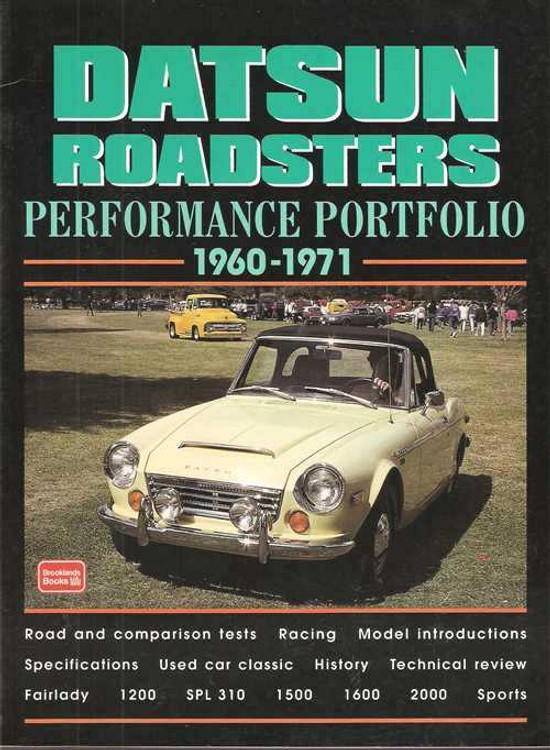 The 1600 came in 1965 and the 2000 ohc in 1967 complete with five-speed overdrive gearbox. The cars were a great success but are little known outside of the specialist circles.

This is a book of contemporary road and comparison tests, specification and technical data, driver's impressions and buying used.

MSRP:
Now: EUR30.38
Was:
By: Brooklands Books . The Citroen Company influenced the Maserati models and a new engine was developed for the Citroen SM. However, by 1975 the plan was to put Maserati into liquidation...

MSRP:
Now: EUR30.38
Was:
By: Brooklands Books . The Falcon was introduced as a compact line to combat European imports. Originally it depended on simple styling and engineering with an unexciting engine. The Futura was...

MSRP:
Now: EUR60.80
Was:
By: David G. Styles . This is the story of a classic sports car that, coming from a Japanese manufacturer with little pedigree in the market, took the world by storm. The Nissan Motor Company - known...

MSRP:
Now: EUR36.47
Was:
By: Ewan Kennedy, Sam Snape . Until 1969 very few people would have thought that a classic sportscar would ever come from Japan. All that changed in 1969 when Datsun revealed the revolutionary 240Z...

MSRP:
Now: EUR54.72
Was:
By: Dave Perewitz, Mike Seate, Simon Green . As a young man, Dave Perewitz spent so much time customizing motorcycles in his parents' garage that his hobby turned into a business: Perewitz Cycle...

MSRP:
Now: EUR60.82
Was:
By: Brian Long . Launched in 1969, the Fairlady Z was the car that put Nissan (then Datsun) and Japan in the first division of the automotive manufacturers' league. The Z paved the way for a new...

MSRP:
Now: EUR48.63
Was:
By: David Couldthard . The stunningly honest and revealing autobiography of the most successful British Grand Prix driver of all time. From his quiet beginnings in rural Scotland to his...