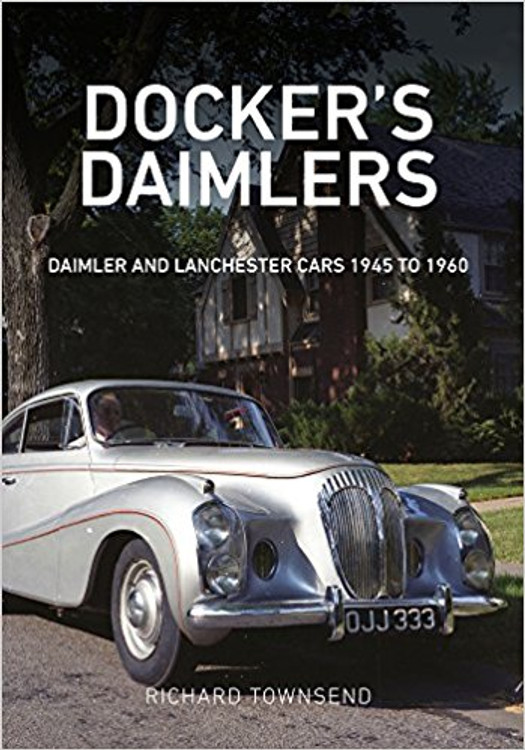 Although Daimler is one of the most famous names in motoring, very few books have covered the models produced between the end of the Second World War and the takeover by Jaguar in 1960. This book sets the record straight with its comprehensive coverage of the various Daimler and Lanchester models and ranges that were produced during this period.

Drawing on his expertise as a Daimler collector and as Editor of the Daimler Enthusiasts’ Club newsletter, Richard Townsend describes in detail the various high specification Daimler models from the DB18/Consort range, through the 36 HP (Straight Eight) range and the 4.5 Litre range to the Hooper Empress series. He also describes the Lanchester models, which included the LD10 and the Sprite. He sets the cars against the social background of the 1950s and the leading personalities in the Daimler firm, notably Sir Bernard and Lady Docker, to provide a full picture of the cars and their milieu.

Including buying and running advice for those who want to own or already own a Daimler or Lanchester, this book is a fitting tribute to the cars that were often the preferred choice of royalty.

MSRP:
Now: $69.95
Was:
By: Jagaur Enthusiasts' Club . This was the first full-scale, detailed restoration story ever to be covered by the Jaguar Enthusiast's Club in Jagaur Enthusiast magazine. This book brings together...

DKW - The Complete History Of A World Marque

Dodge - America's Most Emotional Car Brand For More Than 90 Years

MSRP:
Now: $99.95
Was:
By: Juergen Zoellter .  DODGE is one of the world's oldest automobile brands. Power-packing, emotion-charged models are the stuff that make up its fascination. This book paints an absorbing and...

MSRP:
Now: $49.95
Was:
By: Peter C. Sessler . Fit everything you ever wanted to know about Dodge and Plymouth muscle cars into your back pocket. Packed full of information on the Plymouth Barracuda, Road Runner,...

MSRP:
Now: $49.95
Was:
By: Brooklands Books . Dodge introduced the Dart range of cars to compete in the low-price market. Although basically the same as the equivalent Plymouth models, marketing changes brought the Dodge...