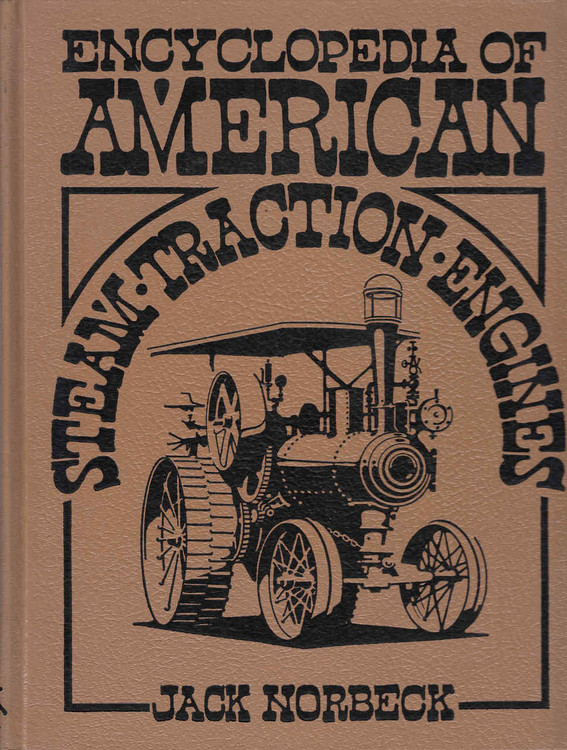 Many kinds of power have been invented since steam came into use. But to many, steam engines will never be forgotten. And the younger generation gets a thrill out of watching the operators reversing the engine, blowing the whistle, turning on the injector, and belting up to the grain thresher.

Most of the older folks who are still living today, who spent their lifetime with steam engines, are familiar with all the different makes of engines that were manufactured in the United States and Canada. The steam traction engine reached the heights of its glory around 1910. They were all built along the same line, but no two looked alike. Many of the early ones had the flywheel on left and steering on right; others had the flywheel on right and steering on left. Some had return flue boilers; some had upright boilers. A small number had four wheel drive. The early ones had one row of rivets in the barrel of the boiler and carried from 80 to 100 lbs. pressure.

Around 1915 when most manufacturers diverted to double butt strap boilers, the pressure was increased to 150 lbs. Some carried 180. This increased the power tremendously. Those latter day engines were well built and were in use up into the early Twenties, when the kerosene tractors started for a takeover.- But many folks kept on with steam as it had been their life work, and they had never been associated with any kind of power that was any more reliable.

The first traction engine I fell in love with was a 12 H.P. Scheidler built by the Scheidler Machine Works of Newark, Ohio. It was built in the early 1890s, and had a brake on the flywheel and a steam chest facing the left front wheel. A water glass was near the front of the boiler, and no soft plug was in the crown sheet. I was so enthused by it, I can still remember every rivet in it. So my mind was completely concentrated on traction engines until I got old enough to run one.

Today, if I just saw nothing but the rear wheel of one, I could very easily tell what company manufactured it.

The Cars Of Oldsmobile (Crestline Series)

The Encyclopedia Of The American Automobile

Enduring Passion - The Story Of The Mercedes-Benz Brand

MSRP:
Now: $59.95
Was:
By: Tom Monroe . The process of how to build engines is fully explained in this illustrated guide.  Inside you'll find general tips, techniques, and procedures that can be applied to all...