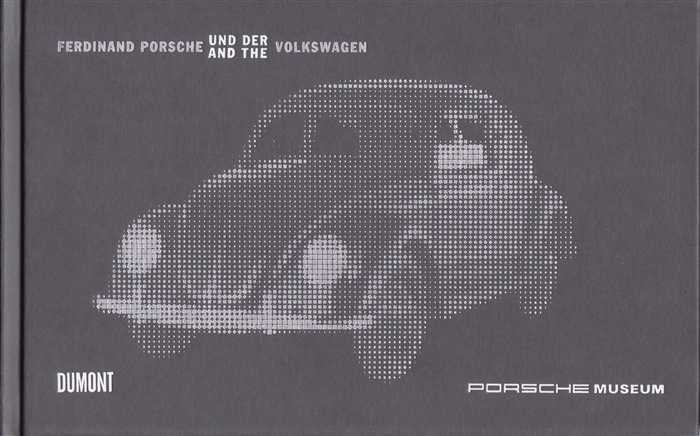 The development of the Volkswagen Beetle was a central achievement in the early history of the Porsche Company. In January 1934, Ferdinand Porsche wrote an “exposé regarding the construction of a German people's car” that would have a lasting effect on automotive history. The inexpensive compact automobile would become a symbol and icon of mass motorization. An enduring popular favorite, it was also a leader in terms of production duration and quantity, and was discontinued in July 2003 when the last Volkswagen left the assembly line in Mexico. With 21.5 million cars manufactured, the VW Beetle is easily one of the most commonly built automobiles in the world.

This book incorporates a comprehensive account of the history of the Beetle's development, including largely unpublished pictorial and documentary material from the holdings of the Porsche archive, while an up-to-date final chapter discusses the subsequent cooperation between Porsche and Volkswagen.

MSRP:
Now: $199.95
Was:
By: Karl Ludvigsen . Road, Racing and Aviation Innovation 1900 to 1933 In Ferdinand Porsche - Genesis of Genius, author Karl Ludvigsen reveals a dynamic young innovator who helped to chart the...

MSRP:
Now: $49.95
Was:
By: Porsche Museum . Description From the Lohner - Porsche to the Cayenne Hybrid. At the age of only 24, Ferdinand Porsche caused a sensation at the 1900 Exposition Universelle in Paris: he...

Faster Than Sound - The Quest For The Land Speed Record

MSRP:
Now: $39.95
Was:
By: Pat Ware . Description An insight into the history, development, production and uses of the world's most iconic tractor. In 1917, Harry Ferguson developed a method of attaching a...

MSRP:
Now: $199.95
Was:
By: Karl Ludvigsen . Road, Racing and Aviation Innovation 1900 to 1933 In Ferdinand Porsche - Genesis of Genius, author Karl Ludvigsen reveals a dynamic young innovator who helped to chart the...

Faster Than Sound - The Story Of Supersonic Flight - Second Edition