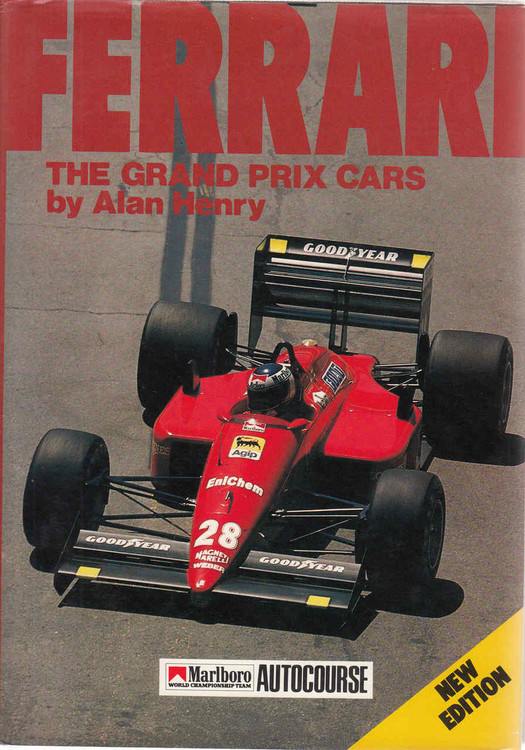 The Ferrari Grand Prix team, which combines tradition and technology like no other, reached an historic watershed in 1988 with the death of its founder at the magnificent age of 90. The last Of the dynastic autocrats, whose involvement in motor racing stretched back almost to the dawn of the sport, Enzo Ferrari had presided over the team that bore his name for more than forty years, master of all he surveyed.

This volume tells the story of the cars that carry the famous Prancing Horse emblem from the marque's first hesitant steps on the Grand Prix stage in the early post-War years through to the end of the complex, high-technology turbo era in 1988. Recalling the technical rationale behind the design of all Ferrari's Grand Prix cars, it also records their memorable racing records in depth, drawing on material from such pivotal personalities as Mauro Forghieri, Harvey Postlethwaite and John Barnard and many other racing luminaries including Niki Lauda. Juan Manuel Fangio, Jody Schecktcr, Patrick Tambay; Chris Amon, Michele Alboreto, Gerhard Berger, Tony Brooks, Clay Rcgazzoni, Carlos Reutemann, Cliff Allison and the late Mike Hawthorn, all of whom contributed to the Ferrari legend with stints behind the wheel of the scarlet Italian Formula 1 cars.

MSRP:
Now: $150.00
Was:
By: Alan Henry . THIS penetrating and dramatic account of a pivotal era in the history of Ferrari's legendary Grand Prix team centres round the relationship between the pushy and ambitious young Niki...

MSRP:
Now: $99.95
Was:
By: Anthony Pritchard . Reprint of a title first published in 1974. Enzo Ferrari's brilliant red racing cars have been an inseparable part of the Grand Prix scene for decades. Grand Prix Ferrari...

Ferrari - Under the Skin (Andrew Nahum and Design Museum)

MSRP:
Now: $79.95
Was:
By: Karl Ludvigsen . Few people have had the opportunity to visit the Ferrari factory. Now these previously unpublished photos take you behind the scenes of the foundry, machine shops, engine...