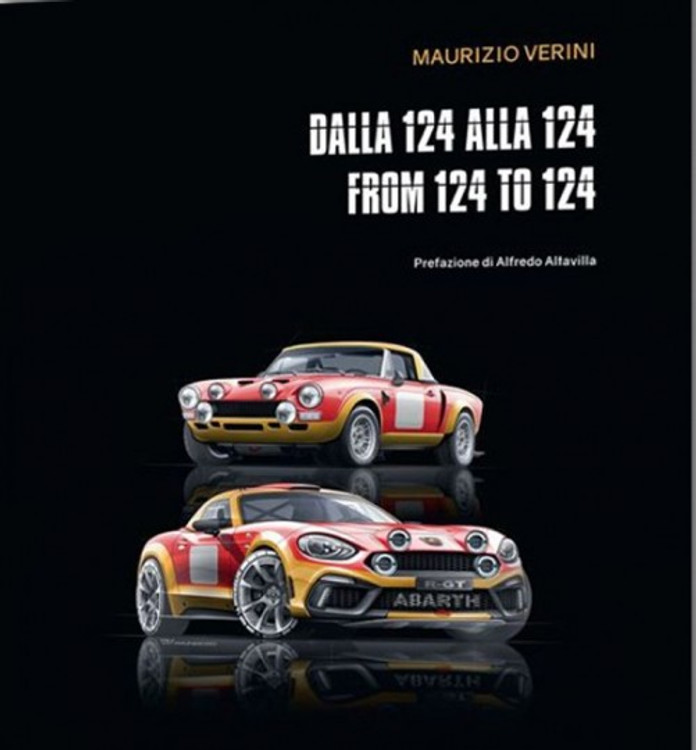 The return of FIAT Abarth 124 Spider has certainly made a mark in many fans of the brand and in some racing drivers who helped to create the myth of the Scorpio’s home.

Maurizio Verini is one of them, from start to growth especially in the rally racing terms of Abarth 124, he found the motivation to write a captivating book, not only of memories, but also to scenarios.

It’s not about nostalgia, but a link from past to future.When a champion is struck by novelty, that can bring interesting stories, with the adventure testimony of fellow race drivers that Verini lived a protagonist. His racing career is actually heavily marked by Abarth, in a time when racing and especially rallies were strongly developing.

With the Fiat Abarth 124 Rally he won a European Championship, in a period in which he lived a moment dream, confronting and exceeding his ability at the same level of the best racing drivers in the world.

Verini spent many years with Abarth, contributing substantially to the developments that made the car a winning car with three world titles also with other Fiat models.

Therefore it’s logical that the pilot, author of this book, welcomed the return to competition with favourable enthusiasm of a car very close to his heart.

Since its introduction, the rally Abarth 124 was able to take an innovative passion. In a racing car world often cars are very similar to each other, the modern interpretation of such an icon of the past represents a new way to offer itself in the field in search of a more spectacular dimension.

Fiat and Abarth 124 Spider and Coupe

MSRP:
Now: $99.99
Was:
By: John Tipler . Today, Fiat's superbly stylish 124 Spider is accepted internationally as a desirable classic car and its stablemate, the elegant 124 Coupé, is quickly gaining similar...

MSRP:
Now: $89.95
Was:
By: Brooklands Books . The 124 Spider was based on a shortened Fiat 12 floorpan and never officially imported into Britain. It could have been a rival to the MGB and with a production run of...

MSRP:
Now: $49.95
Was:
By: Brooklands Books . This portfolio covers one of Fiat's iconic cars, the Pininfarina-designed 124 Spider. It had a 20 year production run, was made in many guises and was finally built by...

MSRP:
Now: $49.95
Was:
By: Brooklands Books . This portfolio covers one of Fiat's iconic cars, the Pininfarina-designed 124 Spider. It had a 20 year production run, was made in many guises and was finally built by...