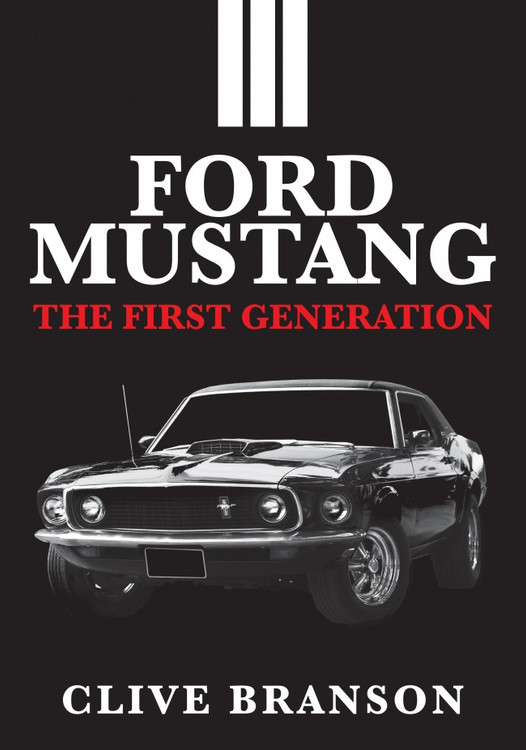 Clive Branson divides his career between being an advertising/marketing creative director/copywriter and a freelance writer/photographer. He is a photography graduate from Parsons School of Design in New York City.

No one anticipated quite how thoroughly the Ford Mustang would catch the imagination of the American public. The Mustang was marketed as the all-American classic and introduced what became known as the ‘Pony Car’ - an affordable, compact, highly styled car with a sporty or performance-oriented image - and a revolutionary example of automotive design in the United States. The company made over a billion dollars selling over 400,000 units in its debut year. It took only eighteen months for Ford to hit the million Mustang mark, making it Ford’s most successful launch since the Model A. Today’s car sales don’t even scratch the number of Mustangs sold in their first year. In over fifty years of production, Ford has sold 9 billion Mustangs worldwide.

This book focuses on the first generation (1964-73) and the evolution of the Ford Mustang. This was an era when Mustang became synonymous with the name Ford and set an unprecedented benchmark for all rivals to follow. Its popularity was an emotional connection based on its unique and adaptable styling, its performance and its affordability.

MSRP:
Now: $29.95
Was:
Having this book in your pocket is just like having a real marque expert by your side. Benefit from the author’s years of Mustang ownership, learn how to spot a bad car quickly, and how to...

MSRP: $49.99
Now: $29.99
Was: $49.99
By: Brad Bowling . Description Over 60 of the hottest and most popular production, high-performance, and racing Mustangs are profiled in Ford Mustang. From the early coupes and GTs to today’s...

Ford versus Ferrari: The battle for supremacy at Le Mans 1966 (John Starkey)

MSRP:
Now: $29.95
Was:
Author: John Stakey, Published in 2019, paperback, 128 pages What happened when America's richest car company, producing many thousands of cars per year, went head to head with Ferrari of Italy in...