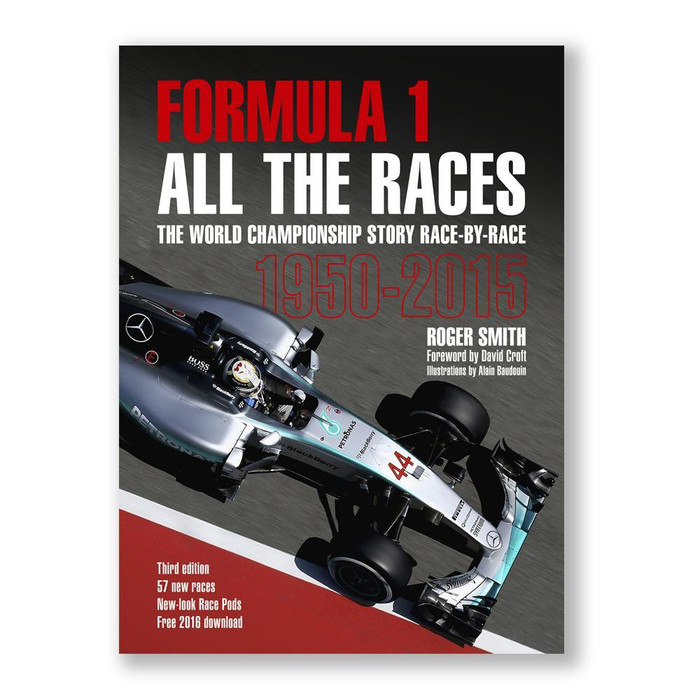 This remarkable book is the third edition of an acclaimed work of reference about Formula 1. It has been meticulously researched and written to capture the character and essence of every one of the 935 World Championship races held from the beginning of Formula 1 in 1950 to the end of the 2015 season. Each entry highlights the key events of each Grand Prix from qualifying through to the final outcome as well as spotlighting those incidental happenings so unique to F1 that influenced a race or an unfolding championship battle. Nothing is missed in this unique book of record.

MSRP:
Now: $49.95
Was:
Hardcover HOW TO BE AN F1 DRIVERMY GUIDE TO LIFE IN THE FAST LANEJenson Button AUTHOR OF SUNDAY TIMES BESTSELLER, LIFE TO THE LIMIT In his 17 years as a Formula 1 driver, Jenson Button has picked up...

MSRP:
Now: $49.95
Was:
Apollo 17 was the last of six Moon landings carrying astronauts to different places on the lunar surface. The last three flights were greatly extended in duration, providing opportunity for...

MSRP:
Now: $159.95
Was:
The Concours d’Elegance market within the historic car world is one of the most vibrant and growing sectors. From its grass roots as a competitive element in most classic car club shows through...