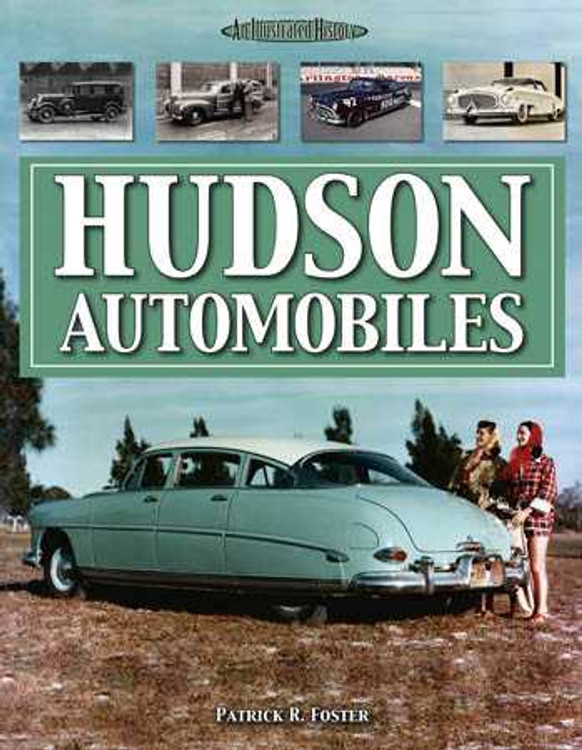 While hundreds of infant auto manufacturers competed with a bewildering number of models, the Hudson Motorcar Company rose above the fray to establish itself as one of America's greatest automobile companies. Its legendary Super Six was one of the most coveted autos of its era.
Hudson, unlike many of its contemporaries, survived the Great Depression and went on to become an important defense supplier during World War II. The company built thousands of anti-aircraft guns, torpedo tubes, gun mounts and aircraft fuselages including the one for the Enola Gay.

In the postwar period Hudson introduced its radical Step-Down models. Company engineers also developed the powerful and highly-refined Twin-H Power engine and got back into racing. As the records still show, from 1951-1954 Hudson automobiles completely dominated NASCAR. Never before or since has one brand succeeded to the extent of the Fabulous Hudson Hornet racers.

Hudson eventually became part of American Motors, and today is remembered as one of the truly great classics of America's automotive heritage.

MSRP:
Now: $59.95
Was:
By: Nigel Cox . Lambretta Innocenti, the world's most famous scooter marque, has a devoted following in Britain and abroad. This book is by an enthusiast with the biggest collection of Lambrettas...

MSRP:
Now: $129.95
Was:
Sales of over half a million made the MGB Britain's most successful ever sports car. And the truth is that, more that three decades after production ceased, the MGB's classic lines,...

MSRP:
Now: $35.00
Was:
Explains exactly how the modern motorcycle works, from the basics of the internal combustion engine, to the wide variety of modern transmissions and ancillary systems. Clear, jargon-free guide to...

How to Tune and Win With Demon Carburetion

How to Turbocharge and Tune Your Engine

How to Tune and Modify Motorcycle Engine Management Systems