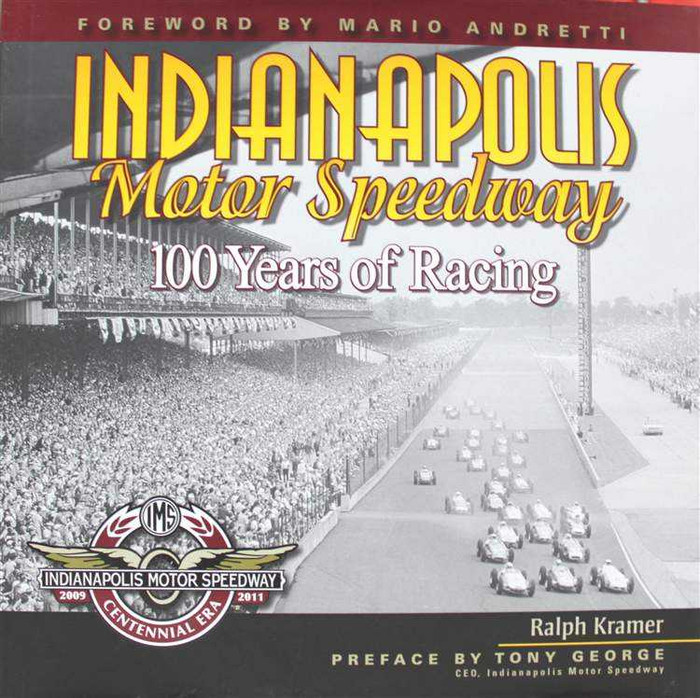 100 years after the transformation from cornfields and pastureland to a playground unlike any other, the Indianapolis Motor Speedway has become an international icon as the world's greatest racing venue.

In conjunction with the 100th Anniversary of the Indianapolis Motor Speedway, author Ralph Kramer brings together all the pieces that make up the rich history of the famous track. From the early days of balloon races and motorcycle face offs, to today's U.S. Grand Prix Formula One and NASCAR showdowns, Kramer has captured it all.

Read about the intriguing series of events that took place back in 1909 that transformed the dirt and gravel track to the "Brickyard" of today.

Enjoy photos of early cars and their drivers, along with track officials donning knickers and derby hats, turn of the century spectators dressed in Sunday best, images of historical contracts, and advertisements, along with many other neverbefore-published photos of the cars and drivers throughout the Speedway's century of racing.

Discover how the passion and perseverance associated with this legendary track has inspired and entertained millions.

MSRP:
Now: $69.95
Was:
By: Karl Ludvigsen . For the Old World, caught up in the traumas of a bitter conflict, America?s Indianapolis 500-mile race was a New-World beacon of auto-racing speed and excitement during the 1940s...

MSRP:
Now: $150.00
Was:
By: Timothy White . This unabridged compact edition of this popular title is a stunning celebration of Larry Desmedt (1949–2004), genius motorcycle builder/artist, daredevil extraordinaire and...

MSRP:
Now: $99.95
Was:
By: Dave Nichols, Andrea Cambridge, Michael Lichte . A stunt man and side show performer made famous by the Discovery Channel, Indian Larry Desmedt is best remembered for his remarkable custom...