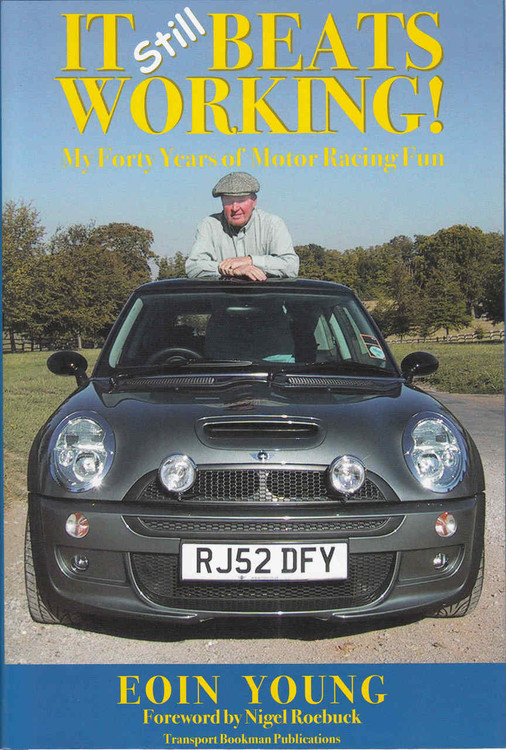 Eoin Young has spent 40 years inside motor sport as a journalist and as a close friend of the drivers in the fun days of Formula 1 in the 'sixties when it was not unusual for half the drivers on the grid to have dinner together the night before the Grand Prix at Monaco.. .and join the mechanics and journalists for a drink at the Tip Top Bar after the champagne prize giving dinner with Prince Rainier and Princess Grace.

Different days now but this book presents life as it was in the special days before the high fences that corral the Formula 1 folk away from the fans.

As a New Zealander, Eoin Young came to Britain in 1961 as a freelance journalist.

He was taken on a tour of the European Formula Junior races by fellow countryman Denny Hulme, who would become World Champion six years later, and in 1962 joined Bruce McLaren as his secretary, becoming a
founder director of Bruce McLaren Motor Racing.

In the late 1960s and early 1970s he worked as Director of Motor Racing Press Relations for the American Gulf Oil Corporation with an office at head office in Pittsburgh, then moved to the French Elf Oil Company working with the Tyrrell team, based near Eoin's Surrey home.

The Amazing Summer Of '55 (Eoin Young)

MSRP:
Now: $89.95
Was:
By: Bryan Apps . This fascinating book offers a unique record of the days when motor racing was fun, as seen through the eyes of those who were famously, and sometimes hilariously, associated with...