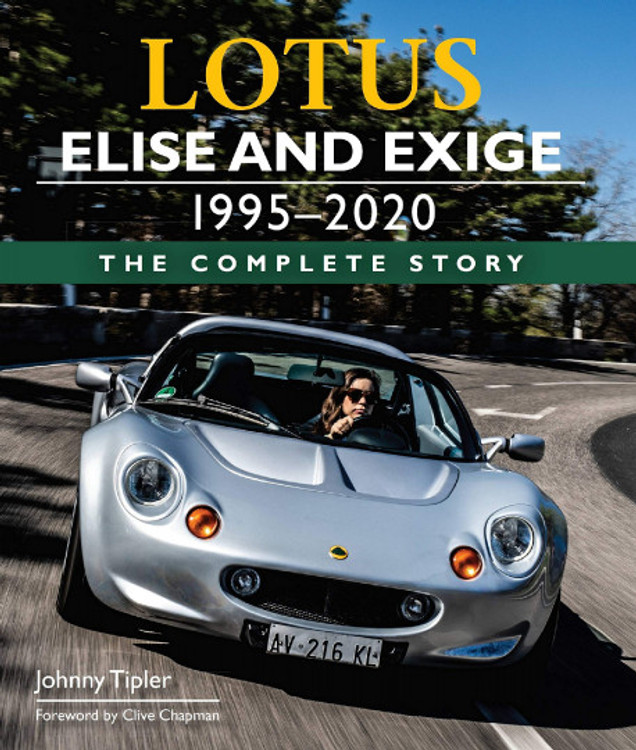 Named after Elisa, the granddaughter of Lotus's owner at the time, Romano Artioli of Bugatti fame, the Lotus Elise was launched at the Frankfurt Show in 1995. In the subsequent twenty-five years it has not only established itself as the embodiment of what Lotus stands for, it retains a unique place in the international sports car market. No other manufacturer came up with a car to seriously rival the Elise, nor the Exige, in terms of handling dexterity on both road and racetrack, and it aptly characterizes the definition of a sports car. Written in Johnny Tipler's inimitable style this book includes a detailed evolution of the Elise and Exige, including full specification tables; interviews with key individuals involved in their design and development, including Richard Rackham, Gavan Kershaw, Neil Thomas, Russell Carr, Barney Hatt and Andy Pleavin; Elisa Artioli on her namesake, its past and future; motor sport adaptions and successes and finally, driving experiences on road and track. The production of the Elise and Exige was sustained through four corporate upheavals. Now in Geely ownership, the future for Lotus looks bright.

MSRP:
Now: $149.95
Was:
By: John Tipler . The Lotus Elise is the latest in a long line of charismatic sports cars from the company started by Colin Chapman in 1948, and it embodies many of the features he believed were...

MSRP:
Now: $65.00
Was:
By: Brooklands Books . "Simply the purest driving machine on the planet" so said Sam Mitani of Road & Track about the Elise based 340 R. This portfolio traces the progress of the...

MSRP:
Now: $295.00
Was:
By: Jeremy Walton . Every fascinating stage of the development of the Elise, Lotus Type 111, is explored in this fully comprehensive, revised edition of LOTUS ELISE: THE OFFICIAL STORY, titled LOTUS...

MSRP:
Now: $169.00
Was:
Hardcover, Published in 2021, 264 pages Porsche collectors and their garages Porsche stands for a special passion between driver and vehicle. A garage with a Porsche is therefore more than just a...

MSRP:
Now: $92.50
Was:
Hardcover book, Published in 2021, 288 pages Have you longed to restore a classic Porsche 911, but were either overwhelmed by the scale of the task, or simply unsure of what was involved? This...