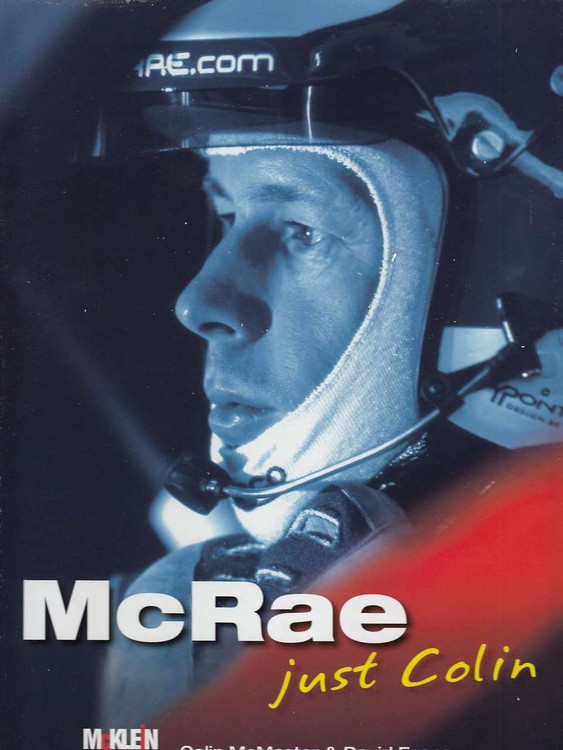 Colin McRae, the 1995 World Rally Champion, combined natural speed and a win-or-bust approach, to become the favourite of rally fans worldwide. The word McRae became superfluous, Colin was … just Colin. He drove for a variety of top teams including Ford, Citroën and Skoda, however the flying Scotsman is best remembered for his exploits in blue and yellow Subarus. Sadly Colin's saying: “we’re here for a good time, not a long time” became all too true, when in 2007 the Scot was killed instantly in a helicopter accident.

This book details the real Colin McRae, from his beginnings to global fame. It explains his natural talent, flamboyant driving style and epic wins as well as his rivalries and friendships. The biography uncovers every aspect of Colin’s character, with a collection of personal stories, told by family and friends. McKlein’s photo archive has been used to lavishly illustrate these fascinating stories. Much of the behind-the-scenes photography has never previously been published.

Ford and McRae - Focus on the World Rally Championship

MSRP:
Now: $89.95
Was:
The name Holden has a charisma for Australians that no other make of car can claim. Beginning with the release of the original model in the late 1940s, Australia's love affair with this car continues...

MSRP:
Now: $49.99
Was:
By: Matt Stone . Description He made movies best remembered for their wild car chases, mad motorcycle dashes, and hair-raising races, but no one forgets the man at the wheel - Steve McQueen, the King...

McQueen's Motorcycles - Racing And Riding With The King Of Cool

MSRP:
Now: $49.95
Was:
1 hour 29 minutes running time, PAL,  The story of Bruce McLaren, the New Zealander who, despite his humble beginnings, took on the elite world of Motor Racing and changed it forever. "If...