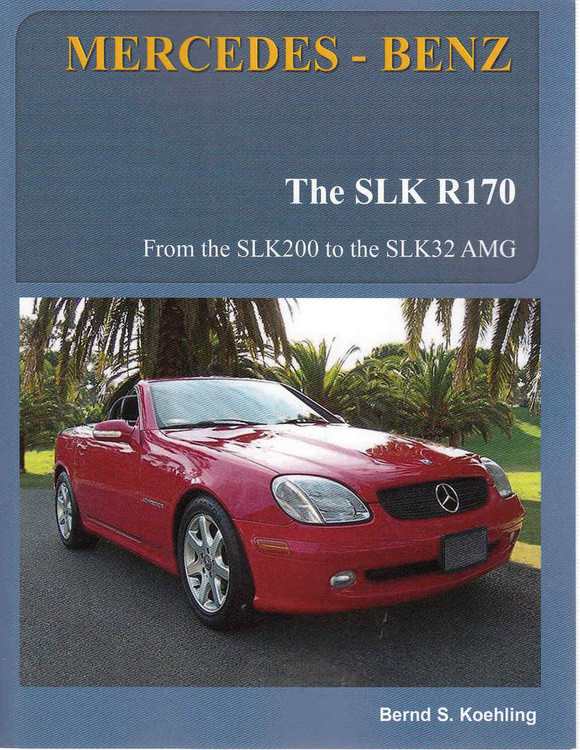 First of all I would like to thank you for having purchased this book. I hope you will enjoy reading it as much as I enjoyed writing it. This book covers the SLK R170, built from 1996 until 2004 with all its variations, AMG version, special editions and some of the tuner activities with vehicles from Brabus, Vath Carlsson and RENNtech. Although there were a lot more companies around that dealt in one way or another with tuning the small roadster, it would have been impossible to cover them all, so I ask you for forgiveness, that the list that made it into this book is somewhat subjective.

When the R170 was first shown in 1994 at the Turin auto show as a concept car, it was a surprise to everyone, who was a bit familiar with Daimler-Benz. Although a German car magazine was already speculating in 1990 that something was "cooking", nobody had expected a small sports car the size of the Mazda Miata. For Daimler-Benz it was not just a new car in a new segment, it was a quantum leap forward. The SLK put the company at once ahead of its arch rivals Porsche and BMW, which had or were to introduce similar sized cars. When one saw it in its final version in 1996 with its fully automatic vario-roof, one had to admit that it was not just a clever marketing approach, but a technical master piece that should prove over the years surprisingly reliable. The metal top was indeed so popular that it would be installed in many convertibles by other manufacturers, among them the BMW Z4. And a few years later it even made it into the iconic SL.
From the beginning the car was a big hit with roadster aficionados. It was offered in colors and interior variations that would have been previously unthinkable in a Mercedes. And it was aimed at a clientele that would have never considered a Mercedes their car of first choice. For them it did not seem to matter that its smallest engine initially produced just 136 hp. The car was hip and everybody wanted one. So it was no wonder that Daimler-Benz had in the first year huge problems coping with the unexpected demand.

After the success of the 190 W201, the SLK was the second entry into a market segment that Daimler-Benz had left untouched since the 1930s. And as history has shown, it was not the last offer. I would like to thank Daimler.AG for the support I was able to receive from the extremely helpful staff at the company's archive. Special thanks have also togo to slkworld.com and benzworld.org for the invaluable information I was able to gather from their input.

Mercedes-Benz Supercars From 1901 to Today

MSRP:
Now: $119.95
Was:
By: Magazine of the Mercedes-Benz Club of America . Mercedes - Benz Technical Companion - Technical insights on service, repair, maintenance and procedures compiled from over 45 years of The Star,...

MSRP:
Now: $49.95
Was:
By: ASchlegelmilch, Lehbrink, Osterroth . There's no doubt about it, the Mercedes star burns the brightest in the galaxy of car marques. The company has been making motoring history and outstanding...