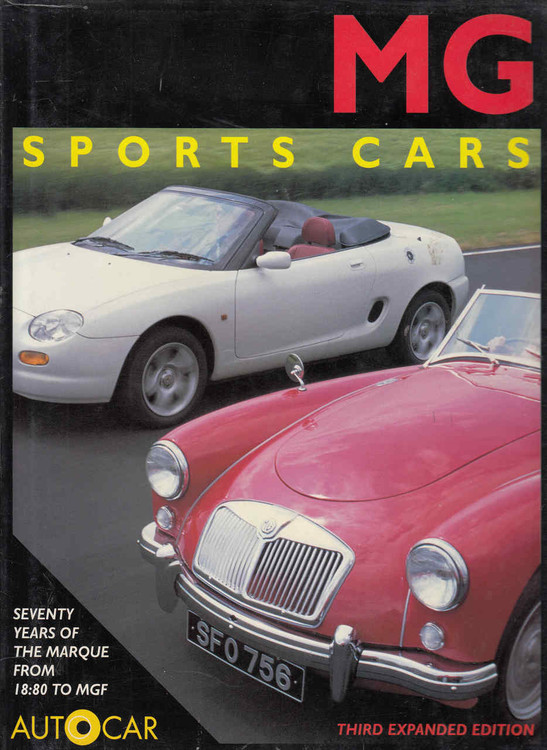 For more than a decade after the demise of the MGB in 1980, it looked as if the whole era of the MG sports car had ended. New hope was born with the arrival of the MG RV8, but the launch of the MGF in 1995 heralded a new dawn of affordable, exciting sports car motoring in the long tradition of MGs for enthusiasts of this very special marque.

The MG badge first appeared on a motor car in the 1920s, and for most of the rest of the 20th century the company built the most successful and best loved of all British sports cars. The Midgets of the 1930s, the long-lived T Series, the MGA, the later Midgets, the MGB and its derivatives - all gave pleasure to generations of sporting motorists and continue to do so to this day, supported by a whole industry dedicated to keeping the cars on the road and by owners' clubs dedicated to helping owners enjoy their beloved cars. The MGF carries the famous octagon badge into the future, but whatever the ups and downs of the company, there has never been any danger of it being forgotten.

Autocar is the oldest and best-known motoring magazine. It has been reporting MG developments since the firm began, and assembled here are descriptions of new models as they were introduced, technical evaluations, driving impressions, road tests, and coverage of MG activities in motor sport, stretching from the 1920s to the 1990s. This mass of first-hand contemporary material from the magazine's archives gives an extraordinarily vivid and informed picture of the history of the MG company as well as highly detailed coverage of its classic sports cars. It is illustrated with hundreds of photographs in colour and blackand-white, together with technical, cutaway and detail drawings.

First published in 1979, this book was revised and expanded in 1989. It has earned its place as a standard work which belongs on the bookshelf of every MG enthusiast and historian. Here now is the third edition, expanded again to include Autocar's descriptions and road tests of the MG RV8 and MGE

Rally Cars - Given the Works (Autocar)

MSRP:
Now: US$55.82
Was:
By: Richard L. Knudson . MGs are usually thought of as open two-seaters; yet from the beginning in 1925, Cecil Kimber sought to provide cars that captured the essence of the MG's sports cars for all...