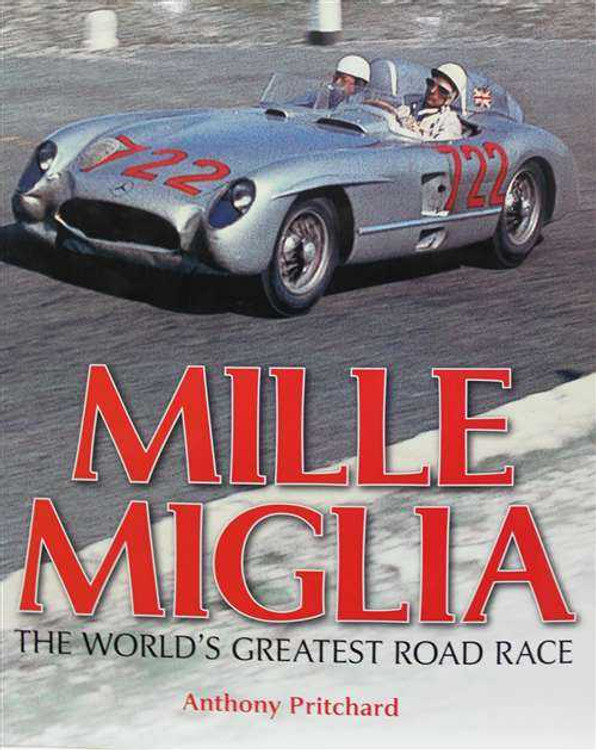 Eighty years ago four motor racing enthusiasts who had witnessed the thrill of the Le Mans 24 Hours came up with the idea of a 1,000-mile race round Italy. Count Aymo Maggi, Franco Mazzotti, Giovanni Canestrini and Renzo Castagneto wanted to stage an event that would challenge cars and drivers to the limit.

The Mille Miglia was certainly a challenge, from the first race held in 1927 on largely unmetalled roads — the cars throwing up clouds of dust as they tore southwards from Brescia to Rome and back again — through to the final race in 1957, when the Marquis Alfonso de Portago crashed 25 miles from the finish, killing himself, his co-driver and 10 spectators. Until that tragic accident, the danger hadn't really been seen as a problem, at least to the contestants and thousands of spectators who cheered along the route. This was a race that made champions of men and heroes of champions.

The succession of great Italian winners — Giuseppe Campari, Tazio Nuvolari, Achille Varzi — was disrupted only once in pre-war days when German driver Rudolf Caracciola scored victory in 1931 with his great white whale of a 7-litre Mercedes-Benz SSKL. The race was banned following a bad accident in 1938, but reinstated in 1940 and held on a closed circuit. By then most of Europe — but not yet Italy — was at war, and that race was a battle between the Italian Alfa Romeos and the German BMWs.

The Mille Miglia was revived to its former glory in 1947 and over the next ten years it attracted a vast entry, sometimes over 500 drivers, from amateurs in family saloons through to the great drivers and marques, including British Aston Martins and Jaguars, and teams from the German Mercedes-Benz and Porsche factories. Ferrari dominated the post-war period, save in 1954 when reigning Grand Prix World Champion Alberto Ascari won for Lancia, and in 1955 when Stirling Moss scored his famous victory in a Mercedes-Benz 300SLR.

In this richly detailed book, published to commemorate the 50th anniversary of the last race, Anthony Pritchard draws on personal recollections, official records and newspaper coverage to capture the flamboyant spirit of the Mille Miglia. There are lively accounts of the races, drivers and marques, together with extensive race results, circuit maps, and more than 250 photographs, including rare colour images.

MSRP:
Now: $595.00
Was:
By: Johnny Tipler . The Carrera Panamericana was first run to celebrate the inauguration of the Panamerican Highway, and traversed the length of Mexico, from Tuxtla in the south to Juarez near the...

MSRP:
Now: $59.95
Was: $99.95
Author: Norm Darwin, Hardbound, There are few car model names that can claim iconic status. In Australia it comes down to about four. Falcon GT, Charger, Torana XU-1 and Monaro. It was no nostalgic...

MSRP:
Now: $195.00
Was:
Author: Denis Jenkinson and Doug Nye The 722 is the official, contemporary reprint of the personal story of a classic car at a classic race and of a famous racing duo. This edition was reprinted by...