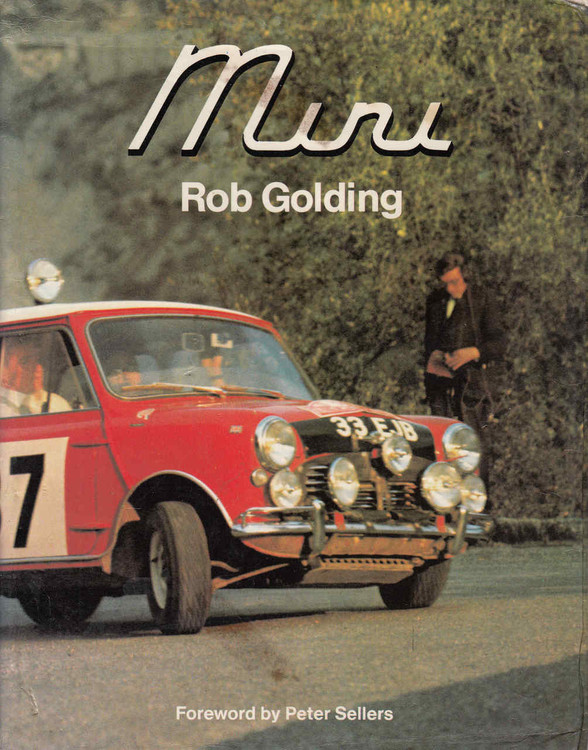 "The Mini was created by the inspiration of one man with as fluid an imagination as Leonardo da Vinci.

"For a year, the little car hovered on the brink of disaster. But slowly it gathered momentum to sweep all before it on its rise to race and rally champion, creating in its wake a new breed of hero. Nearly five million Minis have been built by the strife-torn company, but it is doubtful that the car has ever made a penny profit.

"The simplicity of its transverse engine with front-wheel-drive made it suitable as a power pack for all sorts of special vehicles, not only factory produced vans, pick-ups and Mokes, but also glass fibre sports cars, like the pretty Unipower. The rest of the world's motor industries have copied its mechanical layout for a new generation of hatchback family cars.

The Mini spawned a whole industry of accessory makers and tuning specialists, because people wanted to be associated with its success, and it even came to the attention of the Rolls-Royce coachbuilders like Hoopers, who reclothed it and sold it for as much as £11,000.

"In twenty years, the Mini has passed more milestones than any other cat"
So reads Rob Golding's Preface. He gives you not just a straight technical history but a new approach to the world of the Mini, our best loved car. Golding is above all entertaining; his is a story carrying unique insight, and is compelling reading for anyone whose life has been touched by the little car.

MSRP:
Now: $89.95
Was:
By: John Bridgen . In this book the author has attempted to do justice to the different elements which have gone into making the Mini legend. These include the design, technical innovations, sporting...