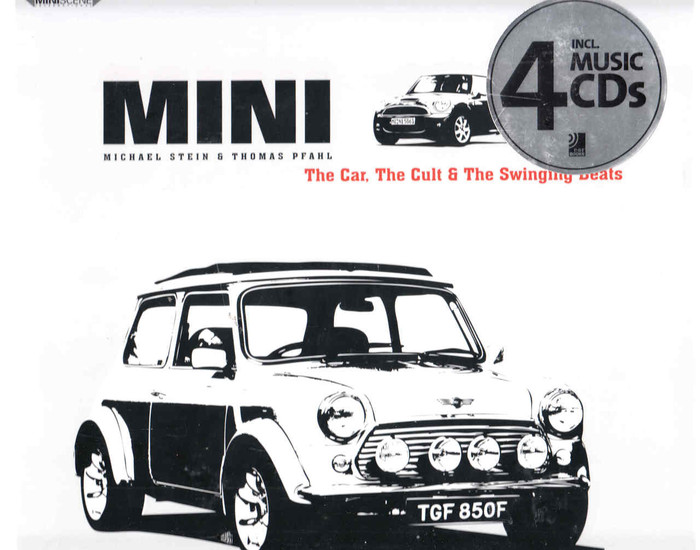 MINI - THE CAR, THE CULT 8 THE SWINGING BEATS

The Mini - classic oar. cull °bleat and lifestyle symbol. In 1919, a revolutionary, original runabout left the conveyor bell In Birmingham, Meal Britain, II was originally designed to take its passengers from A to II as cheaply as possible. The little vehicle quickly became a money-maker and soon was part of people's altitude during the Swinging Sixties, This earlOOK, produced in co-operation with International "Mini Scene" lournal, presents the cult of the MINI in many pictures taken of the different models from the early beginnings to today's versions. Illustrations of original advertisements and accompanying texts around the automobile loon make It a MUST for every MINI fan. Music CDs: four CDs with characteristic beats from the Ns and the 701 including The Troilus, Derry II The Pacemakers, The Tremolos., Percy Sledge, The Morseybeats and The Box Tops.

MSRP:
Now: $195.00
Was:
By: Jeroen Booij . ***VERY RARE BOOK, NEW WITH THE MINOR DAMAGE TO THE FRONT COVER (see the image). This is the first book to focus solely on the cars derived from the classic Mini. Small GTs, sports...

Vespa - The Story of a Cult Classic in Pictures

A Source Book of Motor-Cars