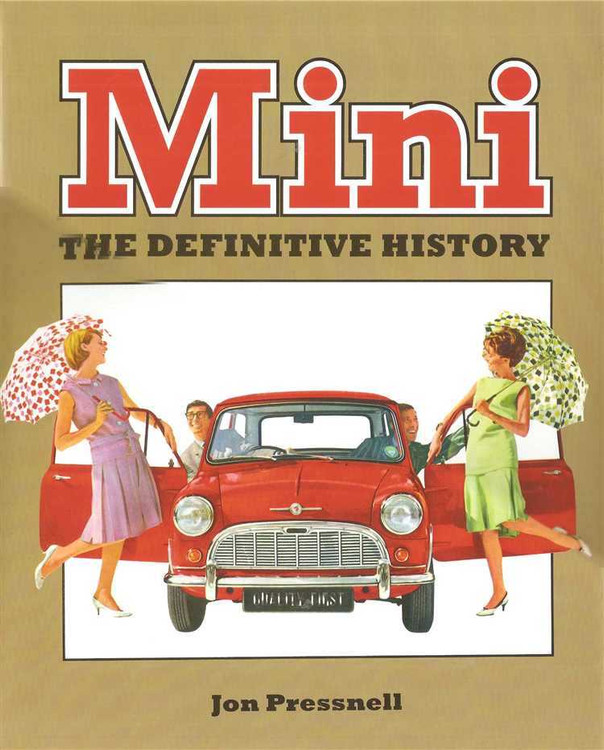 The Mini was the car that changed the face of motoring. Establishing front-wheel drive as the norm, its cheeky charm, superb roadholding and unparalleled space-efficiency made it a legend around the world - and a giant-killing race and rally winner. This book tells, for the first time, the full story behind this extraordinary little motor car, in all its guises. Based on nearly a hundred interviews and written by an acknowledged expert, Mini - The Definitive History is crammed with first-hand testimony from the people who designed and developed the Mini - and kept it in production for more than four decades. Sometimes controversial, sometimes provocative, this is the history of the Mini as it was really lived - by the people there at the time. Along the way the author explodes many a myth, in what is the most authentic and complete account of the Mini's life ever published.

Detailed chapters deal with the Mini- Cooper, the Moke, and the weird and wonderful experimental Minis created over the years. The Mini was not just a British phenomenon, and this definitive book devotes extensive space to the cars that were made in Australia, Italy, South Africa and sundry other countries around the world. Finally, a major chapter examines the question of whether the Mini ever made any money for the companies that built it. Illustrated by more than 500 photos sourced from all over the world, many never seen before, here is the one book all Mini enthusiasts should have on their shelves.

Jon Pressnell is Senior Contributor to Classic & Sports Car magazine and an authority on the history of the British motor industry. His books include two widely praised titles on the Morris Minor. Living in France, he has also written extensively about French cars, with books on the Citroen DS and Traction      Avant to his credit.

The History of Bugatti - The Definitive Story DVD

The History of Mini - The Definitive Story DVD

The History of Silver Arrows - The Definitive Story

MSRP:
Now: $250.00
Was:
By: Andy Thompson . Description Much of Eastern Europe, for many years the mysterious half of the continent, missed out on the first century of the Industrial Revolution. By the middle of the...

MSRP:
Now: $89.95
Was:
By: Keith Buglewicz . The Mitsubishi Eclipse, Eagle Talon and Plymouth Laser—collectively known as Diamond Stars—were the high-performance bargains of the 1990s. Their turbocharged...

MSRP:
Now: $99.95
Was:
By: Graham Robson . Alec Issigonis's Mini was unique. Not only was it the first British car to combine front- wheel drive, a transversely mounted engine, a tiny package and phenomenal handling, but...