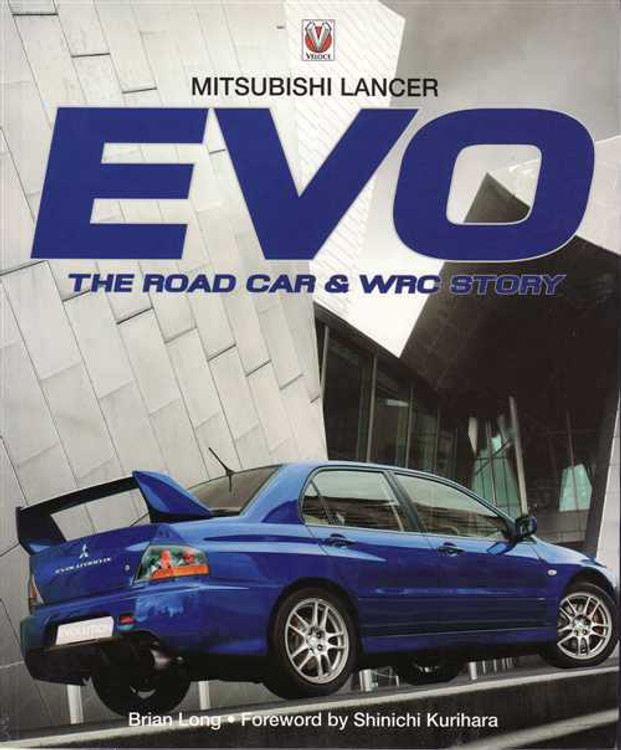 The definitive international history of one of the world’s most successful rally cars. Covers every Lancer model - including all special editions, and Dodge, Colt, Plymouth, Valiant, Eagle, Proton and Hyundai variants - from 1973 to date. Includes a Foreword by Shuusuke Inagaki, Mitsubishi's motorsport boss.

Lancer ... the name conjures Lup many different images. For some it evokes memories of the first generation cars, introduced in 1973, which fought with the best on the Safari Rally and came out the victors. Others will remember the second generation models - especially the turbocharged versions, the original Mitsubishi wolf in sheep's clothing - and who could not be aware of the legendary status of the Evolution (Evo) series, launched in 1992?

Forged in the fierce heat of WRC (World Rally Championship) competition, and honed by years of continuous development, the Lancer Evolution is not only one of the greatest rally cars of all time, but has also become one of the most desirable high-performance road cars, too.

With a foreword by Shinichi Kurihara, Product Executive of Mitsubishi Motors R&D Centre, and written in Japan with the full co-operation of Mitsubishi and key staff members, this is the definitive international story of all the world's Lancers, whether they carried Mitsubishi, Dodge, Colt, Plymouth, Valiant, Eagle, Proton or Hyundai badges, with special emphasis on the Evolution models.

MSRP:
Now: $79.95
Was:
By: Peter Dron . Peter Dron seeks to examine coolly and dispassionately the reality of what is undoubtedly one of the most legendary cars of all time - from its birth as the LP4200 through its...

MSRP:
Now: $69.95
Was:
By: Brian Laban . The MGB was the most successful British sports car of all time, selling more than half a million examples over a production life of eighteen years. It has always represented fun...

MSRP:
Now: $295.00
Was:
By: Brian Long . The definitive international history of one of the world’s most successful rally cars. Covers every Lancer model - including all special editions, and Dodge, Colt, Plymouth,...

MSRP: $99.99
Now: $39.99
Was: $99.99
By: Randy Leffingwell . Mustang follows the evolution of one of the worlds most beloved cars from its earliest pre-prototype days through the latest generation, debuted in 1994. Leffingwells...

MSRP:
Now: $79.95
Was:
By: John Tipler . The history of the Jensen car company has been full of change and upheaval, but it holds one symbol of permanence and continuity, known to motoring enthusiasts the world over: the...

MSRP:
Now: $295.00
Was:
By: Brian Long . The definitive international history of one of the world’s most successful rally cars. Covers every Lancer model - including all special editions, and Dodge, Colt, Plymouth,...

MSRP:
Now: $49.95
Was:
By: Brooklands Books . In the early 1980s the Starion and Conquest was announced as a new model by Mitsubishi and shortly after this the Mitsubishi Starion turned up in the USA as a 1984 model...