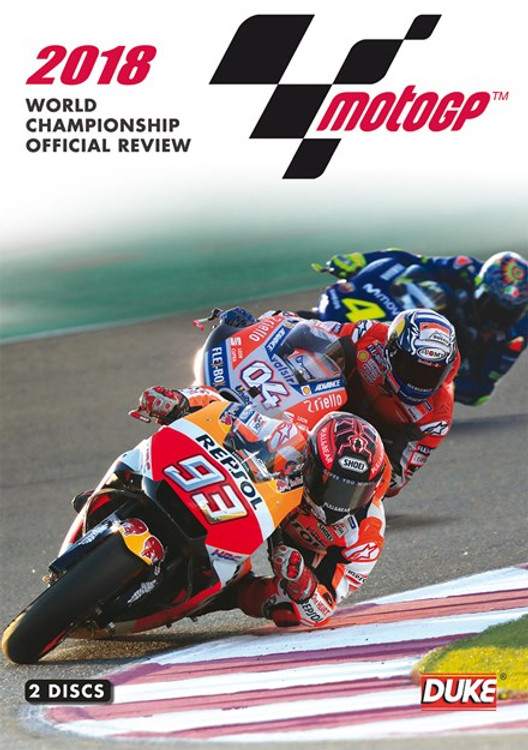 The 2018 MotoGP Championship was the 70th season of premier class road racing, and in terms of drama and excitement it was easily the equal of any that had gone before.

With Ducati resurgent, Yamaha suffering an unfortunate run of bad luck, Suzuki becoming regular podium contenders, Aprilia and KTM still building momentum, Honda came into the season as favourites but they wouldn’t have a clear run.

Andrea Dovizioso put up a strong performance on the Ducati fulfilling the potential many knew lay in the combination.

Alex Rins and Andrea Iannone started to find podium finishing form but were plagued by inconsistency.

Marc Marquez once more proved to the World just what a formidable force he and the Honda team represent, and when Maverick Vinales finally broke Yamaha’s 25 race curse in Australia it was too little too late.

The high definition cameras have picked up all of the most breathtaking moments of the season, with highlights from every race including hair-raising overtakes, wild spills and every split-second between disaster and glory, this is a must-have for all fans of two-wheel racing.

MSRP:
Now: $49.95
Was:
Get on board for the high octane excitement of the 2014 MotoGP season. Marc Marquez stamped his authority all over the opening rounds as he won ten races on the trot, six of them from pole! It was...