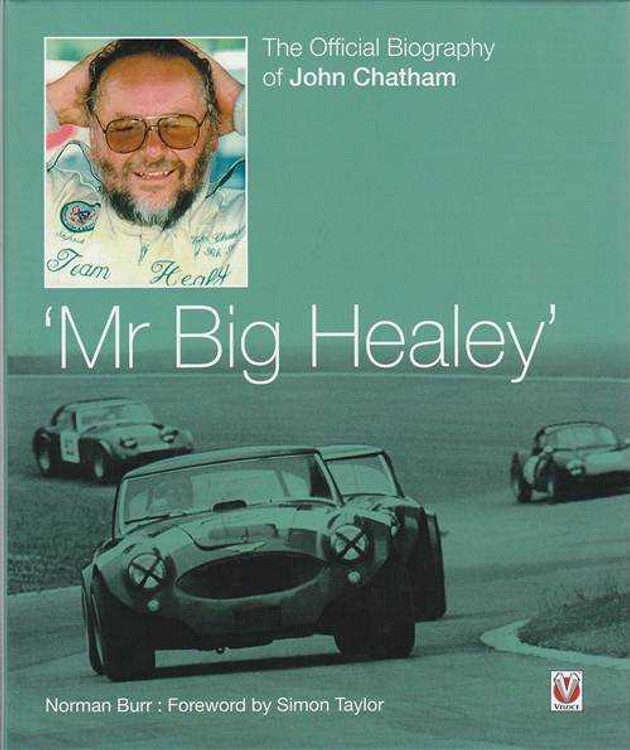 The authorised biography of one of the best-liked bad boys in British motorsport, John Chatham - driver, racer, repairer, rebuilder, tuner, trader and lover of Austin-Healeys. John is so synonymous with Austin-Healeys that the most famous racing Healey in the world, DD300, is so well-known mainly because John campaigned it for decades, notching up tens of thousands of racing miles. But his career embraces far more than one car, and, until this biography, no-one had attempted to fill in the gaps.

With 150 photographs, many previously unpublished, this is an important and entertaining account of one of motorsport's biggest characters.

Trained as an engineer at Rolls-Royce and Bath University, lifelong petrolhead Norman Burr has always worked in specialist publishing, and in 1997 made his first contribution to motorsport writing with Living with Speed, an acclaimed book chronicling a year in the life of hillclimb legend Roy Lane. 'Mr Big Healey' - The Official Biography of John Chatham is his first fully fledged biography, which draws not only on the recollections of John Chatham and those around him, but also on Burr's own experiences, when, as a student in the Bristol area in the early 1970s, he knew John at the peak of his driving career.

Austin Healey The Story Of The Big Healeys

Healey - The Men and the Machines (John Nikas)

MSRP:
Now: $99.95
Was:
By: Consumer Guide . American muscle cars are some of the most exciting vehicles ever built, and no book captures their awe-inspiring glory better than Muscle Car Chronicle. Nearly 1500 color...

My Years with Ferrari (Niki Lauda)