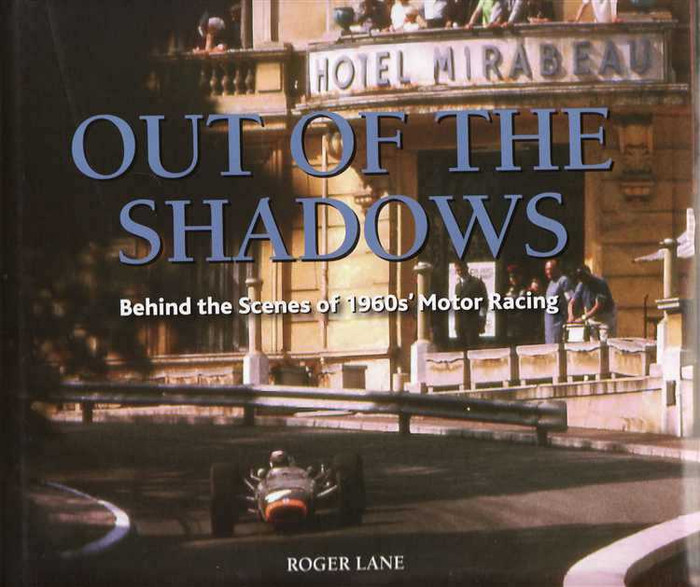 Following a trip to the Monaco Grand Prix in 1967 a chance meeting with the Advertising Manager of Agfa Gevaert gave photographer Roger Lane a unique assignment: to capture the colour and atmosphere of international motor racing, concentrating on the cars, drivers, action and behind the scenes activity. Unrestricted by the demands and deadlines of photo-journalism, Roger's photographs capture a unique and candid view of a sport on the brink of massive and enduring change.

Whether trackside or in the paddock, be it Silverstone or Monte Carlo, Roger and his camera were there to record in intimate detail not only the thrills, excitements and disappointments of perhaps the most glamorous sport in the world, but also the scenes the public never saw — the hard work, grease and grime and intense preparation that made it all possible. Danger was ever-present and Roger makes comparison with the clinical conditions of today's highly computerised and sophisticated, yet much safer sport.

Roger's now historic photographs, most of which have never been published before, provide a nostalgic look hack at this era of the sport. Together with his first hand experiences we can now re-live the clays of Graham Hill, Jackie Stewart, Jack Brabham and Jochen Rindt amongst others. This book is a unique testament to a vanished but much lamented world of magnificent men and their magnificent machines.

Motorcycle GP Racing in the 1960s

MSRP:
Now: $59.95
Was:
By: Terry O'Neil . Motor racing at Nassau is a collection of images that complements the descriptive account of the larger book, The Bahamas Speed Weeks. It conveys in pictures the...

MSRP:
Now: $300.00
Was:
Author P.C. Vincent, ISBN: 192 pages, Hardback, Published in 2008 To Mark the centenary of Philip Vincent's birth, the Vincent Publishing Company has produced a book that portrays the character...

On The Limit - Featuring Grand Prix, Touring Car and Sportscar Racing From The 1950s

MSRP:
Now: $89.95
Was:
By: Nick Freeth . America's Pacific coastline stretches for more than 2,000 richly varied miles - from Cape Flattery in the northwest to the border with Mexico. Nearly all of it is easily...