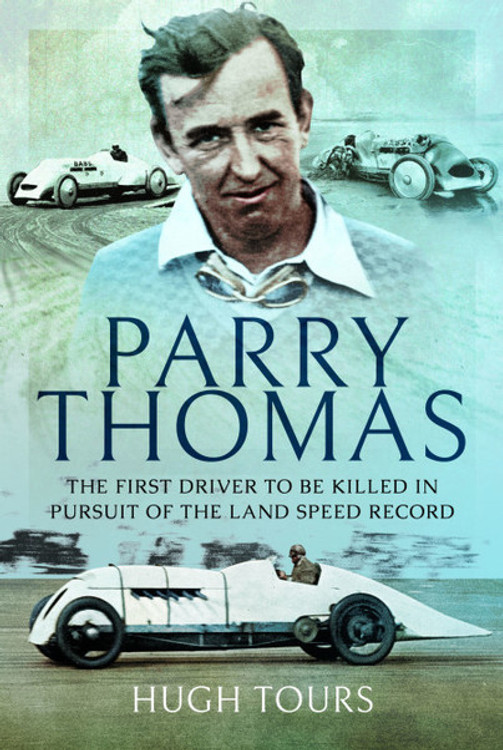 John Godfrey Parry Thomas – J.G Thomas – was by any standards an extraordinary man, in both life and in his tragic death. From a conventional upbringing as the son of the curate of Rhosddu in Wales, having been born in April 1884, he became a prominent figure in the developing world of high-speed motor car racing and design.

In time, Thomas became the chief engineer at Leyland Motors, a company whose main products were commercial vehicles. But J.G. Thomas was more interested in swifter vehicles and in 1920, along with his assistant Reid Railton, he designed the Leyland Eight, a luxury car which bristled with novel features, such as torsion springs, anti-roll bars and vacuum-assisted brakes.

It was the experience of driving this car around the race track at Brooklands that persuaded Thomas to give up his career with Leyland to become a fulltime motor-racing driver and engineer. With the Leyland Eight, Thomas achieved some success, winning thirty-eight races in five seasons and setting numerous records, including the ten mile record at 114.84 mph, and, in 1924, a new lap record of 132.5 mph at Montlhéry.

Thomas continued to develop ever-faster cars and eventually he turned his attention to the land speed record. He acquired the 27-litre Liberty engine powered Higham ‘Special’ and, after re-modelling it and re-naming it Babs, he achieved a speed of more than 170 mph at Pendine Sands, Wales, on 28 April 1926. In so doing, he broke Colin Campbell’s record by almost 20 mph.

The following year, Campbell re-took the record, which drove Thomas to attempt to regain his title, once again at Pendine Sands. Sadly, on 3 March 1927, Babs crashed, and Thomas was killed. Thomas was buried at Byfleet in Surrey, whilst Babs was interred in the dunes at Pendine Sands.

Faster Than Sound - The Quest For The Land Speed Record

MSRP:
Now: $295.00
Was:
The Triumph Tiger Cub Bible (Mike Estall, 2003) - 2nd hand book in excellent condition. Incredibly comprehensive, this book is the ultimate reference source to every aspect of these machines,...

MSRP:
Now: $54.95
Was:
The original rally Quattro debuted in 1980, and was very much based on the road-car versions of the car, but with a highly tuned 300bhp engine. In 1981, Audi Quattro works driver Michele Mouton...