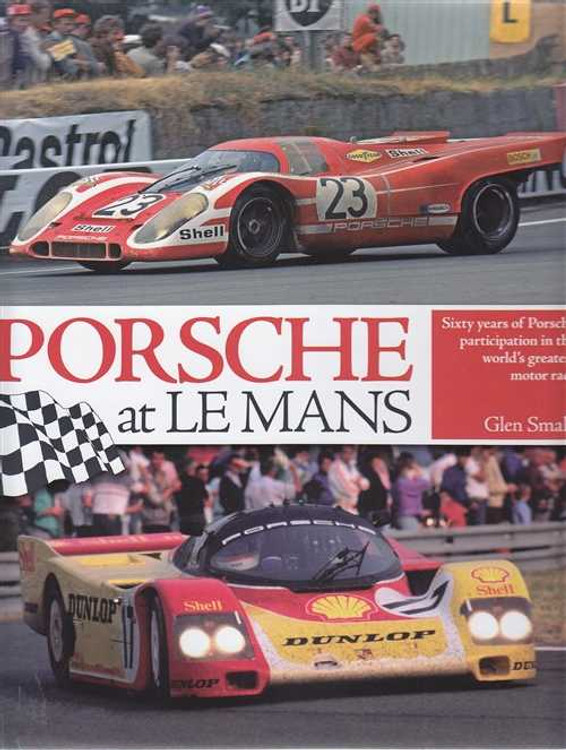 This book covers every one of those 60 years, charting the successes and the failures of most of the Porsches that have raced at Le Mans, including both factory and private entries. It is thanks to the armada of enthusiastic privateer teams through the years that Porsche has achieved so much success at Le Mans, as there haven't always been official factory team entries. Endurance sports car racing is at the core of Porsche's motorsport heritage, and the experience gained in this tough arena has brought the company numerous victories across a range of classes. For many years cutting-edge design and outstanding technical innovation allowed Porsche's underdog cars to challenge the motorsport establishment, but 1970 saw the Stuttgart manufacturer move up from being a class contender to achieving its first outright Le Mans victory, with the awesome 917. Over the next three decades Porsche proceeded to add a victory at the rate of more than one every two years...

This magnificent book, compiled with Porsche's full collaboration, tells the whole story, race by race, through more than 600 photographs, many of them previously unpublished. The illustrations are accompanied by a detailed commentary that includes new information gleaned from the author's interviews with two dozen drivers, race managers and team principals.

Glen Smale is a life-long motoring enthusiast whose writing has covered magazine features, books and automotive marketing. In 1993 he founded Automotive Research, which specialises in providing research services to the motor industry and related media. This is his fifth book for Haynes and a sister title to his Porsche 917: The Complete Photographic History.

MSRP: $250.00
Now: $99.95
Was:
By: Quentin Spurring . Description The post-war revival of the Le Mans 24 Hours took four years. The site had been used as an air force base by both the British and the occupying Nazis, and bombed...

MSRP:
Now: $199.95
Was:
By: Quentin Spurring . Description Then as now, about a quarter of a million people watched the Le Mans 24 Hours almost every June between 1970 and 1979, a fifth and sometimes more of them from...

MSRP:
Now: $149.95
Was:
This was the decade when the Le Mans 24 Hours really began to rock. Already established as a world-class event, the ACO's annual race scaled new heights and up to a quarter of a million people...

Porsche - All the Cars

Porsche and Me - The Autobiography of Hans Mezger with Peter Morgan

MSRP:
Now: $99.95
Was:
By: Hans Mezger . The autobiography of one of the most prolific automobile engineers of the twentieth century. Hans Mezger was a lynchpin of Porsche's success for 37 years. He joined Porsche...