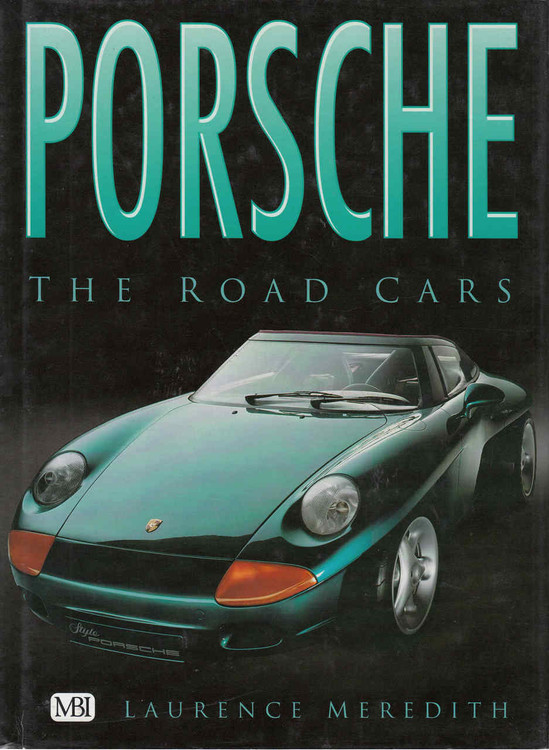 Laurence Meredith's highly illustrated account of Porsche road cars celebrates the innovative engineering and imaginative design that distinguish the narrow range of superlative sports cars the company has produced over the last fifty years. All the familiar, famous models are illustrated and described — the 356, the 911, the 924, the Boxster. But the author also features rare, sometimes unique Porsches that show the versatility of these race-inspired machines. His informative book is an easy introduction to one of the definitive sports-car manufacturers, and it will be an invaluable source of reference for Porsche enthusiasts.

The book tells the story of the cars from the company's foundation in 1940s, through the classic period of the 1950s, 1960s and 1970s when the 356 and the 911 dominated production, to the modern era when the company has confirmed its reputation with the Boxster. The author recalls how Porsche racing cars could be legally driven on the road until the mid-1960s when they became so sophisticated, specialised, powerful and expensive that they were confined to the track.

But the book shows that the distinction between road and race cars has never been absolute. It includes the outrageous 230mph Porsche 917 which was licensed by Count Rossi for use on the road, and competition versions of the 911 which are enjoyed by their owners on the road and on the track. It also features a fascinating collection of the unique Porsches created by amateurs, professional tuners and coachbuilders who have sought to realise their vision of the ultimate roadgoing Porsche in looks or performance.

Laurence Meredith provides a concise description of the model range from the start of production to the 1990s, and he includes technical details that will help the reader to distinguish between the many similar versions of these extraordinary cars. His expert survey will be essential reading and reference for everyone who loves Porsches and high-performance cars.