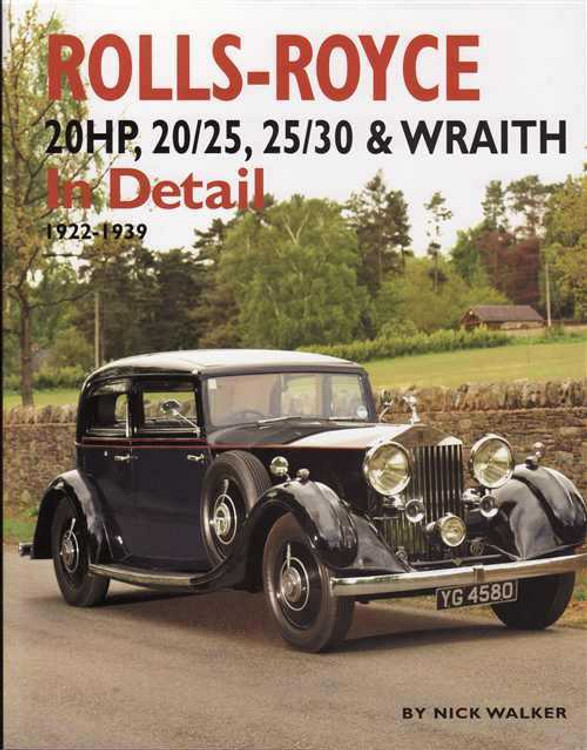 In 1922 Rolls-Royce introduced their new 20hp model, known as the Twenty, the first in a family of what are now called the "Small Horsepower" cars.

The plan was to offer a more manageable, less expensive model than the mighty 7-litre Silver Ghost, one intended for the owner-driver rather than for the chauffeur, yet with all the quality and refinement of the bigger cars. The Twenty was a success, with nearly 3000 examples sold up to 1929. It was replaced in 1930 by the 20/25, with a slightly larger 3.7-litre engine, and then, as coachwork grew inexorably heavier, by the 4'A-litre 25/30 in I 936.The last of the pre-war cars was the Wraith, only made in 1939, which featured independent front suspension.

All these models enjoy a very strong following today. More than 10,000 were made, and a remarkable proportion survive today, although others came to the ends of their lives after decades of hard service in the funeral trade — even a Rolls-Royce cannot endure mechanical neglect for ever.
During their period of manufacture these cars were endowed with an astounding range of coachwork types and styles by practically every coachbuilder in Britain along with many in Europe, the United States and elsewhere. Every desire was catered for, from rakish coupes and stylish sedancas to imposing limousines, and many examples are illustrated in this book.

After outlining the development of Rolls- Royce's project for a smaller car, the author provides a detailed technical description of the Twenty, covering every aspect of the chassis, running gear, engine and transmission. This is followed by equivalent coverage of the succeeding models. Each receives comprehensive treatment, with information on differences from previous models, revisions and production changes, the range of bodies available from coachbuilders, performance and behaviour.

For owners, present and prospective, there are chapters on using the cars today and on the practicalities of ownership, including advice on parts availability, maintenance and preservation. In its thorough examination of these most desirable cars, this book offers a rich store of information for the many owners and enthusiasts who care passionately about them. It is illustrated with over 160 black-and-white photographs from the archives and some 100 specially commissioned colour shots of nine outstanding examples of the breed.

MSRP:
Now: $110.00
Was:
With well over 250 photographs, many in colour by distinguished photographer Simon Clay, this book celebrates the style and flair of a bygone era, and provides a vital fund of information for the...

MSRP:
Now: $299.95
Was:
By: Martin Bennett . The names Rolls-Royce and Bentley have long been synonymous with engineering excellence, longevity, luxury and beauty of line. All these attributes were developed to a very high...