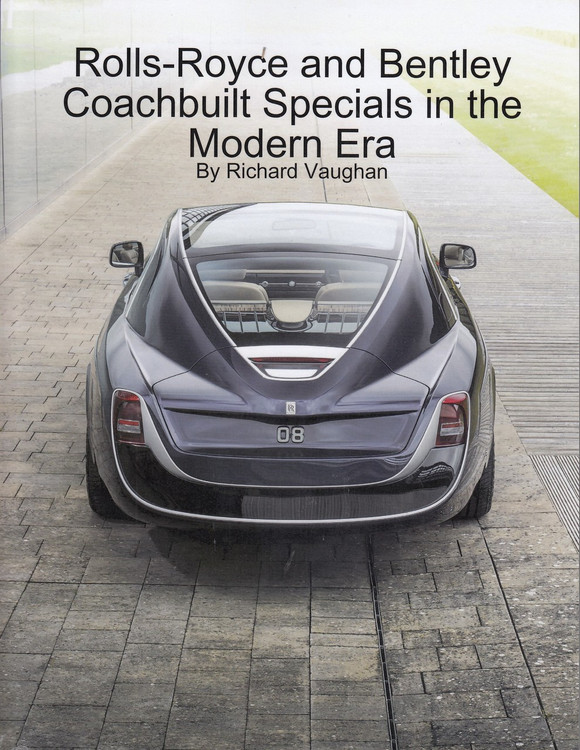 Rolls-Royce and Bentley Coachbuilt Specials in the Modern Era shines a light on every modern (1966 to 2017) modified and coachbuilt Rolls-Royce and Bentley. The goal is to create a record of their existence for future enthusiasts. The book is hardbound and contains over 800 color pictures spread across 359 pages.

Many of the pictures have never been published anywhere, including some astounding pictures of the cars made only for the Brunei royal family. In addition, there are fantastic and highly detailed pictures of the amazing Niko-Michael Camargue retractable hardtop convertible, and numerous Hooper cars based on the Silver Spirit and Turbo R.

No other book has so many amazing pictures of the modern coachbuilt Rolls-Royce motorcars and Bentleys by Jankel, Frua, Hooper, Zagato, Touring, Panelcraft and others. It is a must-read for all Rolls-Royce and Bentley enthusiasts.

MSRP: $299.95
Now: $99.95
Was: $299.95
By: Martin Bennett . The names Rolls-Royce and Bentley have long been synonymous with engineering excellence, longevity, luxury and beauty of line. All these attributes were developed to a very high...

MSRP:
Now: $120.00
Was:
The Aston Martin DB4 G.T. is one of the most desirable cars ever made, and was raced in period by the likes of motorsport greats Stirling Moss and Jim Clark. Almost 60 years after the model...