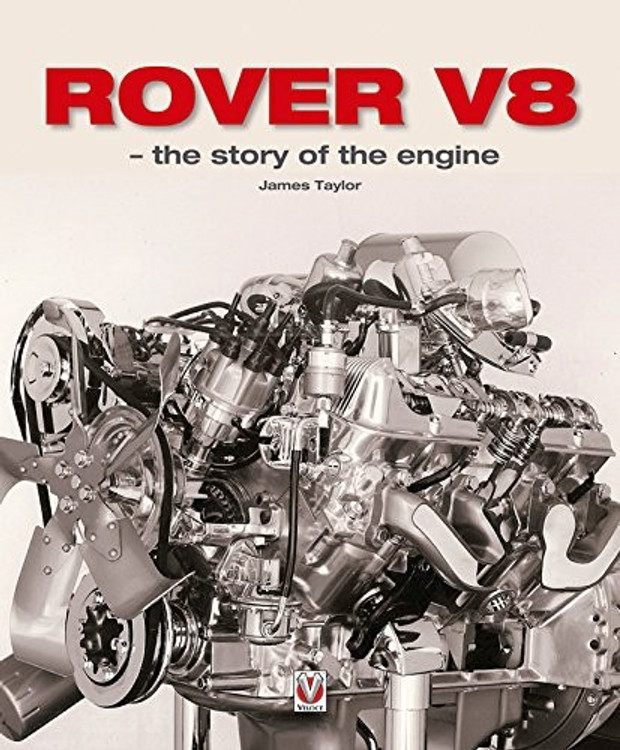 Rover V8 the Story of the Engine tells the fascinating story of the engine that created a legend in its own lifetime.

Starting life as a General Motors design in 1961, but withdrawn three years later in favour of cheaper technology, it reached Rover by chance in the mid-1960s. Few other British companies then had V8 engines in production, and Rover immediately gained a special status when the V8 entered UK production during 1967. T

It was not a temperamental high-performance engine, but had a well-proven and simple architecture that made it both reliable and easy to work on. Small wonder, then, that the Rover V8 was bought by sports car makers who needed a light, compact and powerful engine.

Small wonder that Rover kept it in production for so long, developing multiple different sizes and versions. Small wonder that the engine is still revered by Rover and Land Rover enthusiasts today, or that its popularity as an aftermarket conversion has ensured that it remains in small-volume production, half a century after entering production in the UK.

The Rover Story - A Century Of Success

MSRP:
Now: $99.99
Was:
By: Bo Bertilsson . What began more than fifty years ago with Andy Brizio has become, over two generations, the shop that has defined modern hot rodding: Roy Brizio Street Rods. With winners at the...