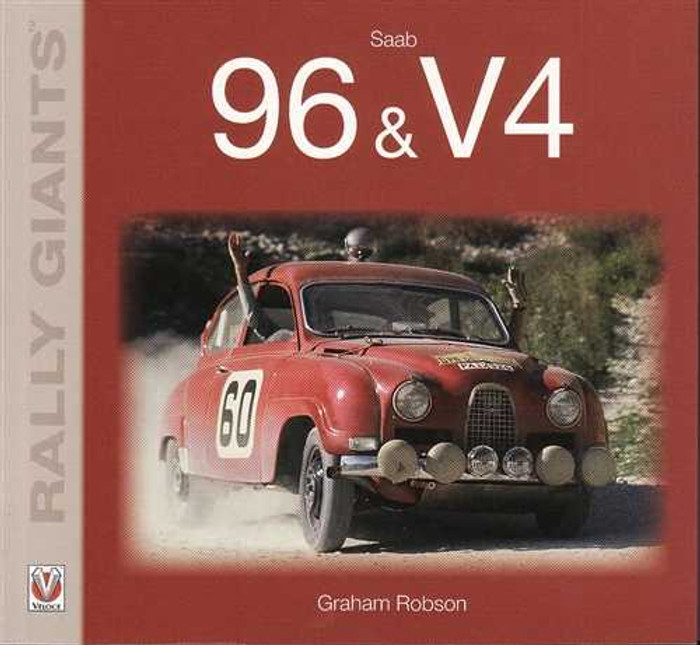 The front-wheel-drive Saab 96 made the brand into a rally icon in the 1960s. Superstar driving from Erik Carlsson, his wife, Pat Moss-Carlsson, and, later, from Stig Blomqvist, all brought real publicity and admiration for a car that always lacked the sheer straight-line performance of its rivals. Saabs like this, however, never wanted for strength, or for amazing handling and traction, and they succeeded in events as diverse as the Monte Carlo, Britain's RAC Rally, special stage events in every Scandinavian country, and the rough-and-tough Spa-Sofia-Liege Marathon.

The big change came in 1967, when the 96 became the V4, looking almost the same as before, but with a new and more powerful four-stroke Ford-Germany V4 engine. Works cars continued to be competitive in carefully chosen events for many years, and it was only the arrival of much more specialised rivals that outdated them. Saab, though, was not finished with rallying, as the V4's successors, the much larger and more powerful 99 and 99 Turbo types, proved.

More than any other cars of the era, the 96 and V4 models proved that front-wheeldrive allied to true superstar driving could produce victory where no-one expected it.

MSRP:
Now: $89.95
Was:
By: Graham Robson . The Escort RS Cosworth, which started rallying in 1993, was one of the most ingenious designs of all time. What started as a shortened Sierra Cosworth 4x4 platform, topped off by...

MSRP:
Now: $199.95
Was:
By: Graham Robson . This book describes the birth, development and rallying career of the Lancia Stratos, Europe's very first purpose-built rally car, in the mid/late 1970s, providing a compact and...

MSRP:
Now: $395.00
Was:
By: Graham Robson . This is a comprehensive study of the career of the Toyota Celica GT-Four. Starting in 1988, three generations of this effective turbocharged four-wheel-drive car – known by...

MSRP:
Now: $89.95
Was:
By: Lance Cole . LAUNCHED in the late 1960s, the Saab 99 a highly distinctive car from a highly individual manufacturer. Designed as a medium-sized, and medium-priced, family car building on the...

MSRP:
Now: $185.00
Was:
By: Factory . This Official Saab Service Manual is the only comprehensive factory-authorized, single source of service information and specifications available for Saab 900 8 valve cars. Whether...

MSRP:
Now: $149.95
Was:
By: Factory . This Official Saab Service Manual is the only comprehensive factory-authorized, single source of service information and specifications available for Saab 900 16 valve cars. Whether...