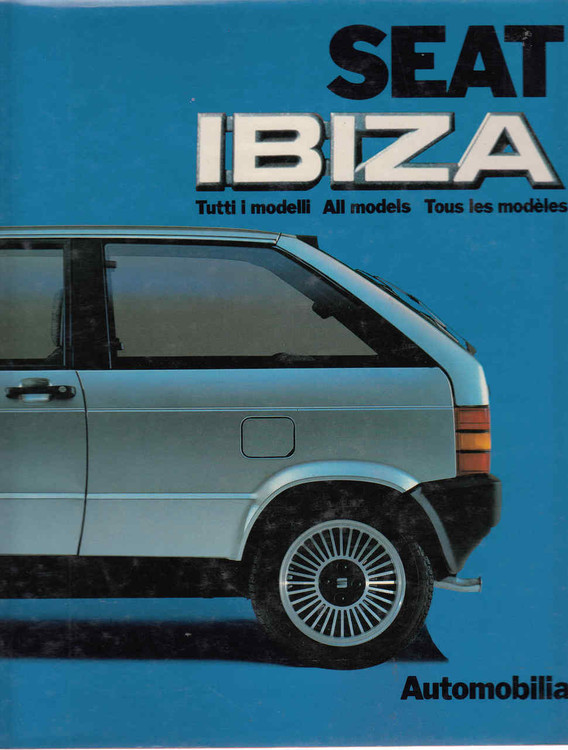 The tale of how the Ibiza was conceived and developed is an epic one. Rarely, in fact, has a car model meant as much to its manufacturer as the Ibiza has to Seat. It is the fruit of a crisis and the determination to overcome it.

The crisis blew up suddenly and without warning in May 1980, with the truncating of the Fiat-Seat agreement; thirty years of joint-venture that had in the long run been very profitable, swept away. Furthermore, this was just before Fiat were to have become more heavily involved with the Spanish company.

Seat had no technology of their own, no autonomous product development strategy, and no market for direct export. They were bereft of a future.

They were also penalised by serious excess production capacity, and too large ttive, a work-force. Recent important investments had shaken the financialstatus of the company. Harsh reality offered no concrete choices other than closing down the firm and sacking 32,000 eva people, or accepting whatever conditions were offered, or facing up to the difficult circumstances and trying to survive
somehow.

Seat management unanimously adopted the last of these alternatives.

The government in Madrid supported totally the drawing-up and developing of a long-term plan based on the initial, complete, independence of the company concerning both the products and the sales network. This premise has only been partly fulfilled, as in late 1985 Seat was taken over by Volkswagen. This was no sentimental offer of help to Seat, whose production possibilities Volkswagen had tested by assembling some of their products, such as the Santana, the Passat, and the Polo.

But it is thanks to the pledge taken to escape from the shoals of the crisis that such a thing could take place. The Spanish government played a determining role by agreeing to be responsible for the yoke of debts accumulated in the past.

The technological cooperation agreement signed with Volkswagen in September 1982, was initially based on the contract....

Scooters Everything You Need To Know

MSRP:
Now: $69.95
Was:
By: Eric Dregni . Scooters and scootering are the fastest growing segment of the American motorcycling market. Because of their low cost, ease of operation, and unintimidating nature, scooters are...

MSRP:
Now: $79.95
Was:
By: Robert C. Auten . Sebring 12-Hour 1970 Photo Archive is a collection of photographs featuring some of the greatest drivers and cars in motor sport history. An album of fascinating images from the...