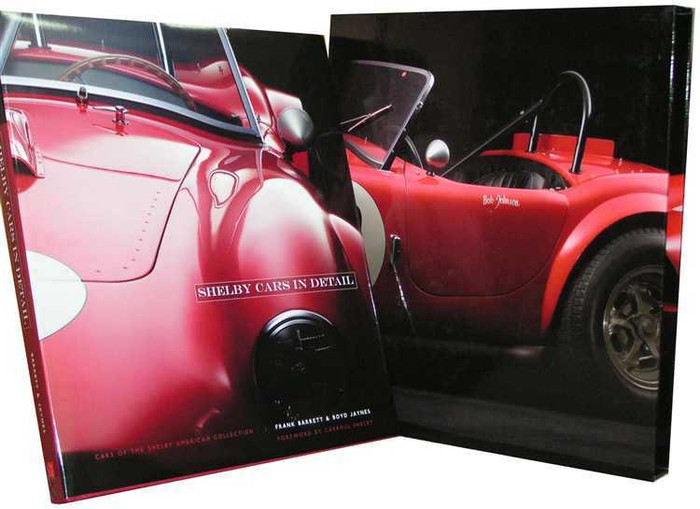 In just five hectic yet creative years, from 1961 to 1966, Shelby American successfully developed three distinctly different high-performance cars: the Cobra, the GT40, and the GT350. Combining Ford V8 power and American tuning techniques with the capable A.C. Ace chassis, the Cobras quickly dominated SCCA's toughest production racing class, obliterating the Corvettes and earning the 1964 USRRC Championship. Shelby American rapidly put the United States into contention in world sports-car racing as well. After taking the Cobra to Europe, Shelby went on to beat Ferrari at Le Mans with the GT40, which would also win the World Manufacturers Championship for Ford in 1966 and 1968.

Based in Boulder, Colorado, the Shelby American Collection is unique in its concentrated focus on these historic cars and the people who created and raced them. Combining a wide variety of Shelby-related vehicles and archival material, the Collection includes a remarkably coherent cross section of cars, from the model that spawned the Cobra, the A.C. Ace-Bristol, to the potent Ford Mk IV J-Car that rocked Le Mans, In between are multiple race and street variants of the 289 and 427 Cobras, the streamlined Daytona Coupe—and its British cousin, the Willment Coupe— as well as a brace of GT4Os and a contrasting pair of the earliest GT350s.

Shelby Cars in Detail presents the chassis histories of each of these fascinating cars, leading the reader through their individual specifications, provenance, and racing performances. Along with such well-known Shelby drivers as Ken Miles, Bob Bondurant, Dan Gurney, and Mario Andretti, the book also shares the racing exploits of fascinating independents, including Bob Johnson, Tom Payne, Dan Gerber, and Tommy Hitchcock.

The individual characteristics and features of each Shelby car are displayed to even greater effect through the dynamic studio photography of Boyd Jaynes. His immaculately composed pictures reveal the tiniest facets of engines, bodywork, and cockpit components, as well as providing full views of each model. Special material for this book also came directly from designer Peter Brock, engineer Chuck Cantwell, and restorer Bill Murray, as well as from the Collection's extensive archives.

Shelby - The Man, The Cars, The Legend

MSRP:
Now: $69.95
Was:
By: Wallace A. Wyss . This book takes a look at the life and times of Carroll Hall Shelby, from his birth as the son of a rural Dallas-area postman well before WWII up to his present activities...

MSRP:
Now: $99.95
Was:
By: Art Evans . Description The Shelby American Story is about the decade of the sixties. Carroll Shelby is world-renowned for developing the Shelby Cobras and Mustangs as well as the Ford GT...

Carroll Shelby - The Man And His Car DVD

MSRP:
Now: $99.99
Was:
By: Jerry Heasley . Mustang Masterpieces tells the story of Carroll Shelby's quest for the best in power and style in street-ready customized cars, and the enthusiasts who drive them. Hundreds of...

Shelby Cobra - The Snake That Conquered The World

MSRP:
Now: $39.95
Was:
By: Pat Ware . Work on the American M4 Sherman medium tank started in 1941, with subsequent production taking place in 10 US factories and one Canadian. Although relatively unsophisticated, and...

MSRP:
Now: $69.95
Was:
By: Brooklands Books . Following the successful AC Cobras, Shelby was approached by Ford to develop a hot version of its new Mustang. For 1965 he developed the legendary GT350 and its light-weight...

MSRP:
Now: $59.95
Was:
By: Timothy Remus . Description Sheet Metal Bible is a compendium of sheet metal fabrication projects, everything from simple shaping operations to multi-piece creations like fenders and motorcycle...