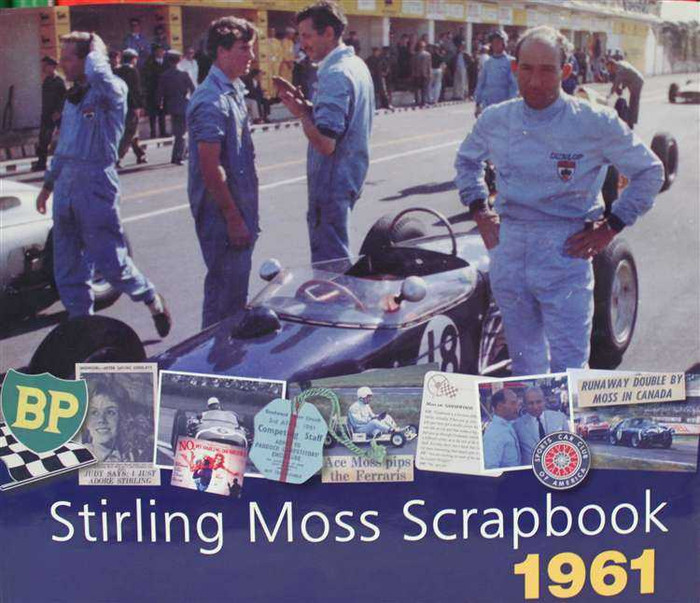 Stirling Moss is an icon. Even just the words 'Stirling Moss' conjure up an immediate picture - an image of speed, excitement, daring, jet-setting and beautiful women. By 1961 he was at the height of his remarkable career. He was unquestionably the finest racing driver in the world, the benchmark by which lesser mortals were judged, and a charismatic sportsman, known the world over.

A hero to millions, his story is the stuff of legend. Often battling against the odds, he would brilliantly triumph against adversity. There was no better illustration of this than his 1961 season. Being better prepared for the new formula, Ferrari had a new, much more powerful engine than the British constructors. So Moss was to race with an under-powered Lotus. But Lotus could not sell his team a 1961 car so he had to race a 1960 example. Stirling preferred to race for a gentlemanly private entrant rather than a works team. And Ferrari had three, and at times four and five cars, ranged against him.

Add to that the massive accident he suffered during 1960 of which Autosport Editor, Gregor Grant, wrote: "His remarkable recovery from his serious Spa accident gained for him the admiration of the world, and was a lesson in determination and sheer courage that would be difficult to emulate".

The stage was set for one Stirling's most incredible seasons and this is the behind-the-scenes story told by his own scrapbooks, his albums, his recollections and no holds barred comments about the cars, the circuits, the crumpet and the other drivers. Here we have all the fun and the flavour!