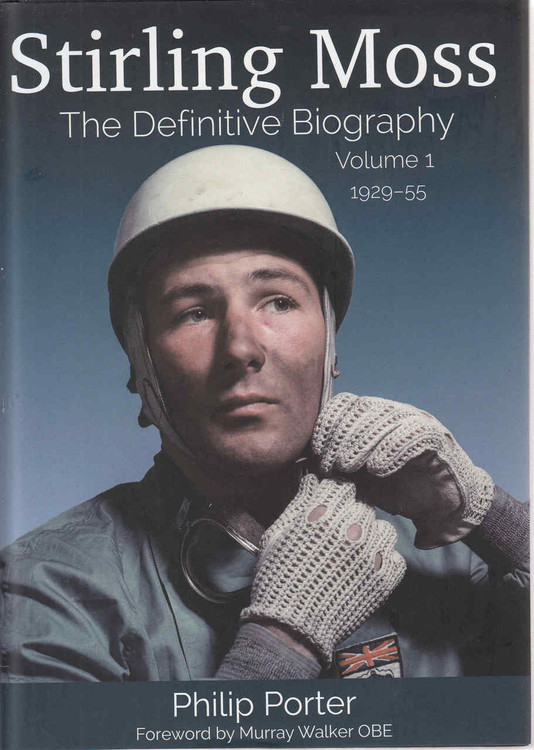 Stirling Moss is the greatest, and most famous, racing driver Britain has ever produced. He is arguably the greatest all-round motor sport competitor the world has yet seen.

His life was an exciting cocktail of innate and honed skills, deadly danger, jet-setting, fast cars and crumpet! Loved by the public the world over and continually courted by the media, he was the James Bond of motor racing, the David Beckham of his era.

This is the fascinating story of the first half of his career, beginning with modest little motorcycle-engined racing cars through to winning with the mighty Silver Arrows. Moss was the first professional racing driver in Britain
and one of the first sportsmen to market himself as a commodity

Infused with patriotism, he persevered with the worthy but very amateur British racing cars of the period until his principles nearly ruined his career. His genius behind the wheel shone through, though, and he repeatedly challenged drivers in far superior foreign machines. The British loved him as the gallant under-dog, their fearless crusader doing battle in foreign lands, sometimes bloodied but always unbowed. Aficionados appreciated a true master at work.

In Formula 1 he was second only to World Champion Fangio, and a close second at that. He could beat him, though, in sports cars, and his triumph in the 1,000-mile Mille Miglia around the roads and mountains of Italy, averaging a fraction under 100mph (160krn/h), stands as one of the greatest feats, in all sport, of all time.

Porter is the author of around 30 books, including several on motor racing and four written with Stirling Moss, but this is the book he always wanted to write.

Two years' research has gone into this first volume of two that digs far deeper than any book previously published. Indeed, it is the most in-depth book ever published on a racing driver, and probably any motoring personality and very possibly any sportsman or woman who has lived.

This book, though, is no dry account. It is spiced with humor, tragedy and period flavor with liberal doses of quotes from Moss himself and his contemporaries, many of whom Porter has interviewed over the years.

The story is an extraordinary one. Starting out as a youth with precocious ability, young Stirling quickly caught the eye when racing the little 500cc racing cars invented just after the war. He soon ventured abroad where they laughed at his little racing car – until he beat them. He became the British Champion at 21 when most drivers were in their 30s, 40s or even 50s.

He patriotically insisted on driving British cars and the gallant crusader took on, often matched and sometimes beat the foreign cars with their more powerful engines. Admirable patriotism nearly ruined his promising career until he was forced to compromise such principles and quickly revived his career and showed he could beat the very best at the highest levels. In the final year covered by Vol 1, he won his first Grand Prix and such sports cars classics as the Tourist Trophy, the Targa Florio and Mille Miglia, all amazing achievements but that in the Mille Miglia has gone down as one of the greatest feats in all sport.

Here, is fascinating, authoritative detail in the ultimate work on arguably the greatest all-round driver the world has yet known, a book worthy of a great man.

MSRP:
Now: $199.95
Was:
By: Stirling Moss, Philip Porter . Stirling Moss is an icon. Even just the words 'Stirling Moss' conjure up an immediate picture - an image of speed, excitement, daring, jet-setting and beautiful...