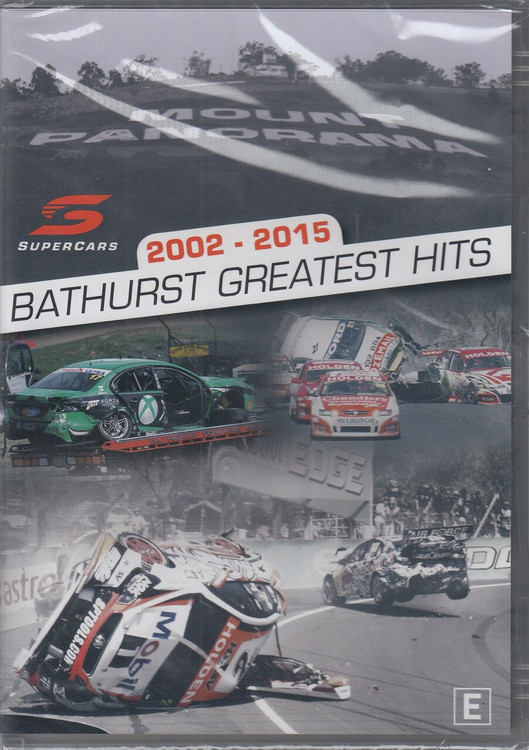 A Supercar has more than 600 horsepower and weighs around 1350kg. At Mount Panorama they’re capable of almost 300km/h at the end of Conrod Straight before they brake hard for the Caltex Chase section. There’s a lot of speed, a lot of energy and a lot of momentum going on with these race machines – and so when it goes wrong, sometimes it can go wrong in a big way. And that’s just with one car on the track – when there are 20 or 30 other cars all fighting for the same piece of Mount Panorama race track real estate, things can easily go very badly amiss.

On this special DVD presentation we look at Supercars Bathurst Greatest Hits from 2005 to 2015. Some of the incidents were little more than light nudges or scrapes, but then there were those at the other end of the shunt spectrum – the big, the bad, and the ugly that cause mayhem and, of course, shatter dreams.

Here’s your chance to relive these magic moments as Australia’s best drivers take on the Mountain and the amazing annual Bathurst enduro known simply as The Great Race.

MSRP:
Now: $79.95
Was:
Widely regarded as the pinnacle of motorsport in Australia, the Bathurst 1000 has been a staple on the V8 Supercars racing calendar since its inception in 1997. With this limited edition collector...

MSRP:
Now: $39.95
Was:
The Holden Precision Driving Team entertained millions of Australians at over 1000 events across four decades. From the team’s VW Beetle origins to Holden Monaros, generations of Commodores and...

MSRP:
Now: $69.95
Was:
Motorsport has forever been part of Australia’s shared sporting heritage, with a rich history that reveals a profound relationship between fans and the sport’s fabric. At its pinnacle is...

MSRP:
Now: $39.95
Was:
Godzilla’s Greatest Hits - Four victorious Nissan GT-R races from the vault THE Nissan GT-R will forever remain one of the most devastatingly fast cars in the history of Australian touring...

MSRP:
Now: $49.95
Was:
2 discs, 7+ hours (442 mins) PAL, 0 All Regions With Tom Sykes claiming victory 2013 has been a year to shout about in the Superbike World Championship. Drama and excitement from start to finish make...