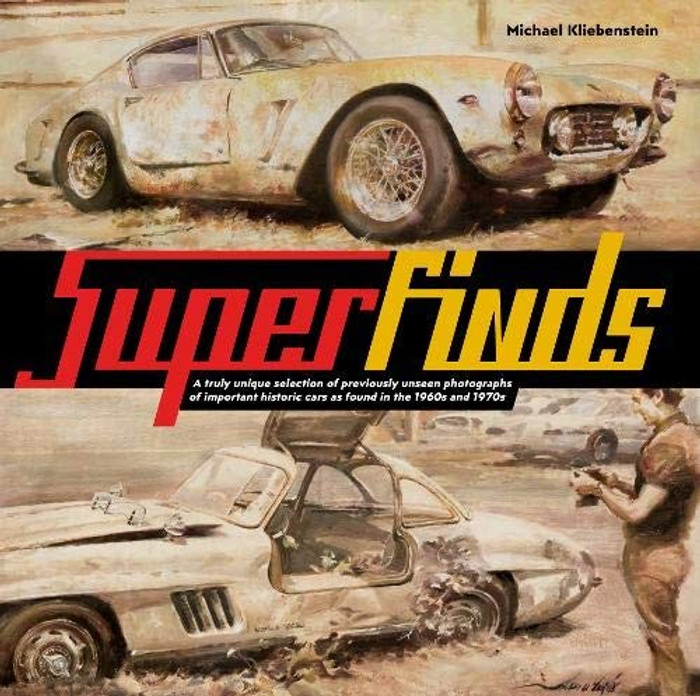 This book is unique. It is a compendium of wonderful automotive treasure, as discovered. With the passage of time all cars became worthless and unloved, no matter how eminent. Racing cars inevitably became uncompetitive and redundant. Many vehicles passed into scrapyards, the motoring equivalent of a cemetery, or simply rotted away.

Today, of course, we value, covet and preserve the work of great designers, engineers and coachbuilders, and their creations give enormous pleasure to many, whether it be in ownership, driving, competing or simply as historic objects to be admired when on display. All will have a story – sometimes sad, sometimes heroic.

Many of the more esoteric car companies produced machines that were not only engineering masterpieces but also great works of art.

Italian Corrado Cupellini was a pioneer in the developing old car movement in the 1960s and ’70s. He had a mission: to explore, discover and rescue motor cars of merit before it was too late. He roved the world following his passion and this extraordinary book is a photographic record of his astounding journey of discovery.

The author Michael Kliebenstein is a true automobiliste and has been playing with cars since he was old enough to first hold a Matchbox model car in his hand. A lifelong enthusiast, he has been active in the field for over 40 years. His automotive-related activities include being a collector, restorer, racer, writer, photographer, advisor and marketing expert. With his long-standing expertise, Kliebenstein scouts for many collectors, museums and other historic carrelated companies worldwide. Based in Germany, Michael has travelled the world pursuing old cars. He has published several books and written many features for classic car magazines. Above all, Michael is a true enthusiast and has a passion for collectors’ cars in their untouched original condition and form.

MSRP:
Now: $99.95
Was:
By: Christopher Hilton . Between 1994 and 2006, Grand Prix racing lived through the Michael Schumacher era. He dominated Formula 1 as no other driver had ever done. Sometimes the domination generated...

MSRP:
Now: $49.95
Was:
The Gilbern motorcar was the only motorcar to ever be produced in Wales and made use of the iconic Welsh Dragon for a badge. Over the short period of 1959 to 1973 it evolved through several changes...

MSRP:
Now: $45.00
Was:
Paperback, published in 2020 In this fascinating and engrossing book, VW expert Richard Copping covers the complete history of the first generation VW Transporter or ‘Camper’, probably...

MSRP:
Now: $49.95
Was:
THE Official Review of the 2021 FIA Formula One World ChampionshipTM on two-disc DVD   Unpredictable, explosive and intense to the end – experience a season like no other   Get...

MSRP:
Now: $45.00
Was:
Paperback, published in 2020 The MG Z cars were produced at a pivotal time when the MG Rover Group separated from their previous owners BMW and stood alone in the highly competitive mass car market...