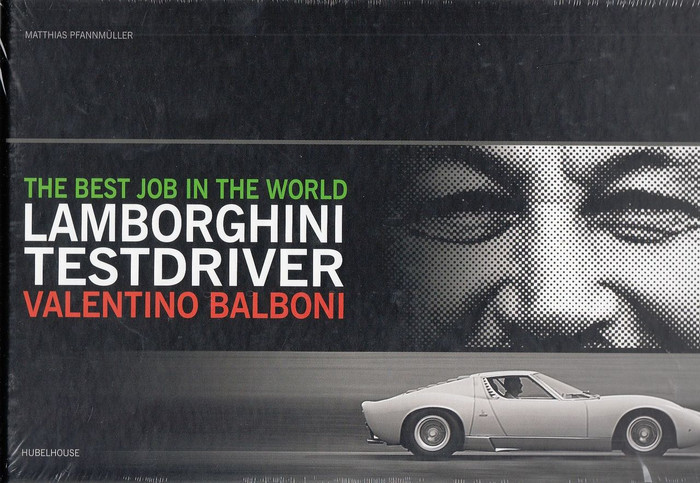 Valentino Balboni was never just another test-driver. He worked for Automobili Lamborghini, and for over four decades spent most of his time behind the steering wheel. The man himself has long since become a legend. While documenting the heady years he spent working at Lamborghini, this book talks about his colleagues, the disasters and the myths that surround this full speed brand from northern Italy.

Balboni will forever be intrinsically linked with the pre-digital era of the Lamborghini brand. In the meantime, Lamborghini has moved on without him into a carbon-fibre age, which is also covered in this 360-page, large format hardback book. For fans of the super cars built in Sant´Agata Bolognese, this extensively researched work, with over 300 rare images and over 100,000 words, is an absolute must. Even learned aficionados of the brand will be surprised by the wealth of information that the author has been able to amass on his journey through the stories of the man who had the "Best job in the World!"

The Best of Austin In The Fifties DVD

The Best Of Circles - Audi In Australia

MSRP:
Now: CAD234.98
Was:
By: Nicholas Foulkes, new book on the shelve since 2006, minimum shelf-wear. see attached images. The Bentley Era tells the lively story of a particularly vibrant time within motorsport, a short...

MSRP:
Now: CAD84.58
Was:
By: Editors of Hot Rod Magazine . HOT ROD Magazine has defined more than one generation of car and racing enthusiast in its 50-plus years of existence. This reprint of the best from the decade 1949...

MSRP:
Now: CAD65.75
Was:
By: Jean Louis Genibrel . This book is not intended to get you to Indy. This book's intent is to get you to your first kart race safely, economically, professionally, and to teach a novice the...