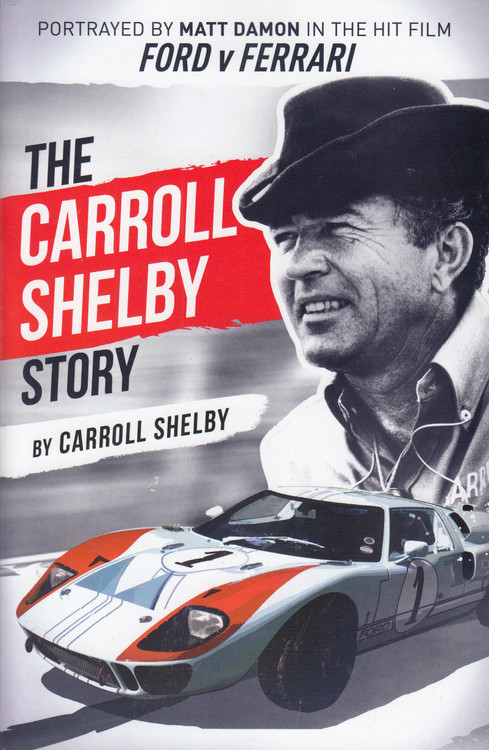 WRITTEN BY THE RACING LEGEND WHO LIVED IT "AN ABSORBING SAGA THAT ROARS AT MORE THAN 150 MILES AN HOUR."
—THE INDIANAPOLIS STAR

CARROLL SHELBY WASN'T BORN TO RUN. He was born to race—some of the fastest cars ever to tear up a speedway. Now his high-velocity story has taken its place in racing history—in the words of the man who actually lived every action-packed second of it. The exciting new feature film Ford v Ferrari—starring Matt Damon as Shelby and Christian Bale as fellow racer Ken Miles—immortalizes the small-town Texas boy who won the 24 Hours of Le Mans, and revolutionized auto racing. But Shelby's got many more zero-to-speed-of-light stories to share, in his own unmistakable style.

A wizard behind the wheel, he was also a visionary designer of speed machines that ruled the racetrack and the road. While his GT40s racked up victories in the world's most prestigious professional racing showdowns, his masterpiece, the Shelby Cobra, gave Europe's formidable Ferrari an all-American run for its money. With his foot on the pedal and his eyes on the prize, Carroll Shelby never looked back on his rocket-ride into greatness. Truly an autobiography in every sense, The Carroll Shelby Story will satisfy any reader with a need for speed.

MSRP:
Now: $275.00
Was:
Author: Rinsey Mills, 1st Edition -* This book was first released the week after the great man's passing ! Carroll Shelby: The Authorized Biography has been a long time in the making and no...

Carroll Shelby - A Collection of my Favourite Racing Photos

MSRP:
Now: $34.99
Was:
Ever given a second thought to fuelling up at almost any street corner or buying your spare parts from a myriad of local suppliers? Perhaps you’ve been known to curse the state of our roads and...