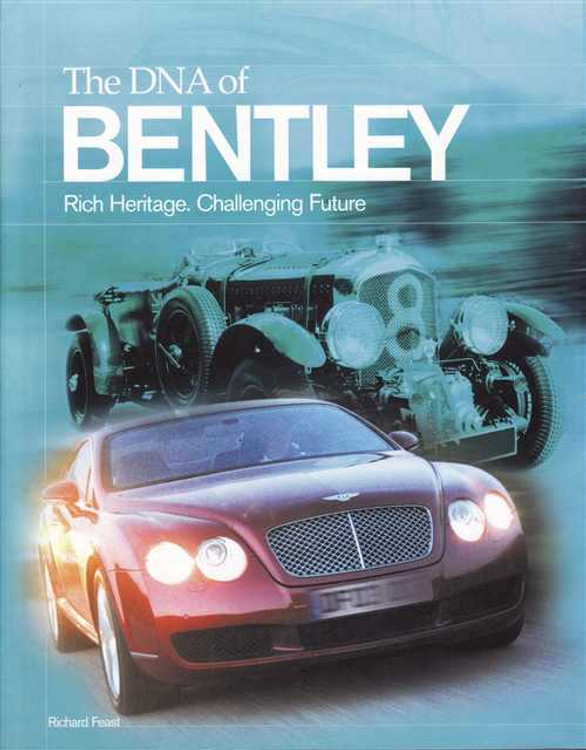 Bentley has a fabulous history of racing and of prestigous road cars. But the new owner of the company is the Volkswagen Group, which has a history-as the name translates-of building basic transport for the people. Bentley has already been back to Le Mans for its new owner-and won. But will the cars win on the boulevards of Monte Carlo and San Francisco? Will they preserve, enhance, or destroy the great motor brand of the 1920s? So far the signs are good, with the launch of the Continental GT-a 212-mph coupe.

This book looks at how you keep faith with an old image while bringing it up to date. The designers have to worry about legislation, fashion, and competitor pressure while creating the best car of the day. Author Richard Feast has talked to early Bentley designers and stylists to set the scene for the Bentley heritage under VW.

MSRP:
Now: $295.00
Was:
ISBN: 9783832797393, Published by TeNeus A luxurious journey into the powerful world of the Bentley brand An inspiration for anyone interested in automotive excellence Bentley is a brand that is...

A Pride Of Bentleys

MSRP:
Now: $99.99
Was:
By: Ian Falloon . When Ducati’s great engineer Fabio Taglioni designed the 750 Ducati in 1970 there was no way he could comprehend how important this model would be. His design was unlike any...