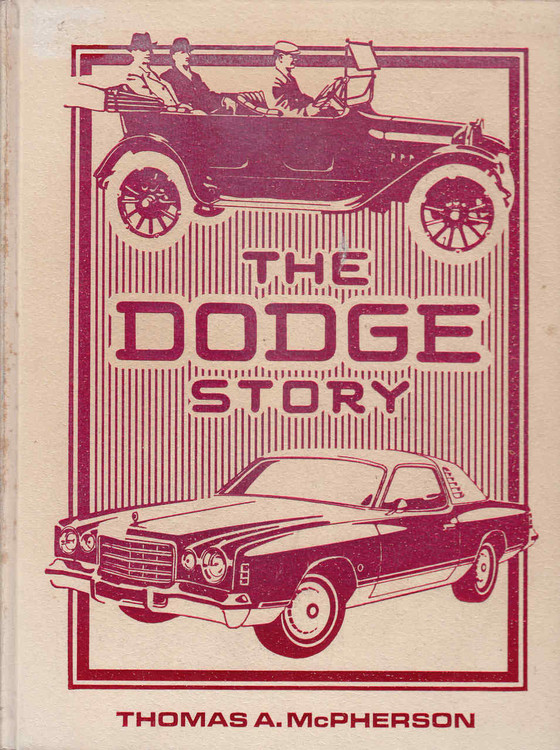 The name Dodge was famous in automotive circles long before the brothers, John and Horace, decided to build a car of their own.

Born in Niles, Michigan—John Francis in 1864 and Horace Elgin in 1868, both brothers learned the machinist trade in their father's shop. Both displayed an early inclination and aptitude to work with their hands. Moving to Windsor, Ontario in 1899 John and Horace went to work for the Canadian Typothetac Company where John soon became the plant superintendent. Later, the brothers created the Evans and Dodge bicycle, known as the "E & D". Together they leased the Typothetac Company's facilities and began manufacturing their bicycle.

While in Windsor they began, as a sideline, the production of small quantities of intricate automotive parts for some of the pioneer automobile manufacturers. Before long, their skill in this trade far exceeded their bicycle business—to a point where it was relegated to a position of secondary importance.

...from the first chapter

The Cars Of Oldsmobile (Crestline Series)

The History Of Hudson (Crestline Series)

MSRP:
Now: $99.99
Was:
By: Richard Feast . Bentley has a fabulous history of racing and of prestigous road cars. But the new owner of the company is the Volkswagen Group, which has a history-as the name translates-of...

MSRP:
Now: $99.99
Was:
By: Ian Falloon . When Ducati’s great engineer Fabio Taglioni designed the 750 Ducati in 1970 there was no way he could comprehend how important this model would be. His design was unlike any...

MSRP:
Now: $109.95
Was:
By: Ian Falloon . Description When Ducati unleashed Galluzzi's Monster at the Cologne Show at the end of 1992, few expected it to become Ducati's most successful model. Dramatically styled,...