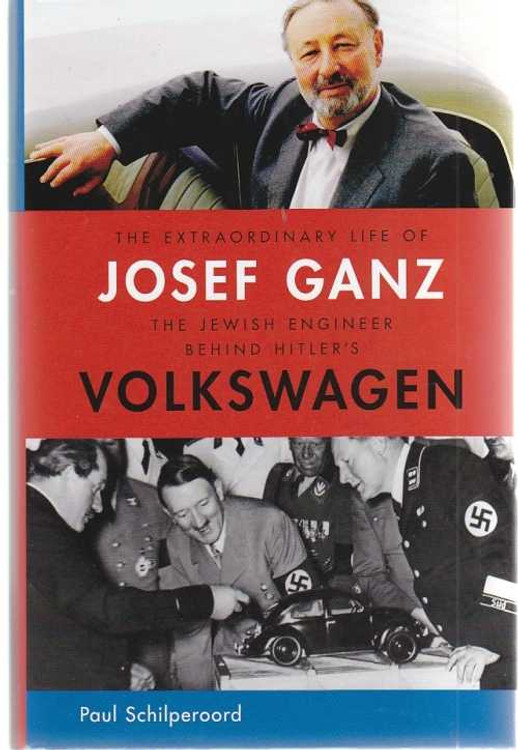 All the stunning facts the Nazis didn't want the world to know...

The astonishing biography of Josef Ganz, a Jewish designer from Frankfurt, who in May 1931 created a revolutionary small car: the Maikafer (German for "May bug"). Seven years later, Hitler introduced the Volkswagen.

The Nazis not only "took" the concept of Ganz's family car—their production model even ended up bearing the same nickname. The Beetle incorporated many of the features of Ganz's original Maikafer, yet until recently Ganz received no recognition for his pioneering work. The Nazis did all they could to keep the Jewish godfather of the German compact car out of the history books. Now Paul Schilperoord sets the record straight.

Josef Ganz was hunted by the Nazis, even beyond Germany's borders, and narrowly escaped assassination. He was imprisoned by the Gestapo until an influential friend with connections to Goring helped secure his release. Soon afterward, he was forced to flee Germany, while Porsche, using many of his groundbreaking ideas, created the Volkswagen for Hitler. After the war, Ganz moved to Australia, where he died in 1967.

MSRP:
Now: $35.00
Was:
By: Larry O'Toole . Description From the introduction of the Holden V8 engine in 1969, right though until the end of production in 1999 it has always enjoyed a cult following. The Essential Holden V8...

The Essential Handbook of Caravanning and Trailer Tenting

MSRP:
Now: $18.50
Was:
By: Dave Moss . Description Everything today's driver needs to know about choosing and using a car in an economical and eco-efficient way Buy a car that delivers the best economy and low...