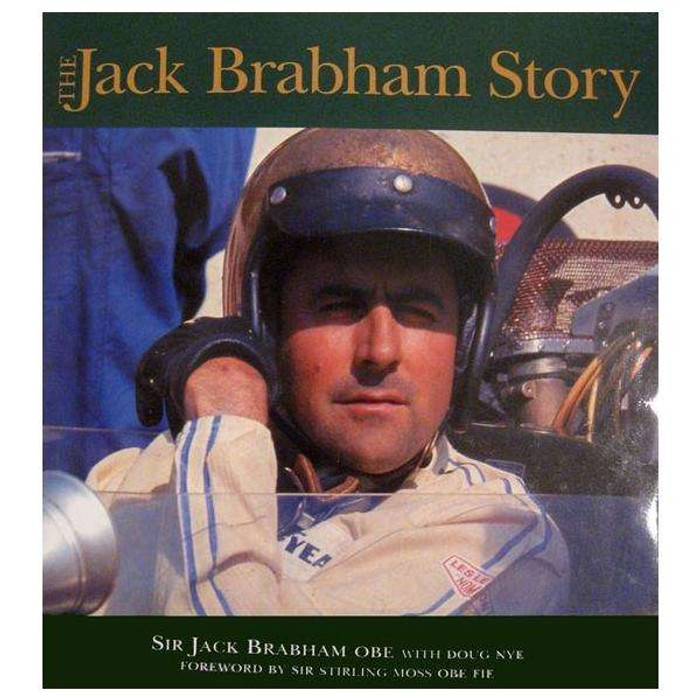 SIR JACK BRABHAM has been described as the personification of the great Australian sportsman: relentless and often irresistible in competition, yet faultlessly friendly, approachable, and a genuinely "good bloke" after the battle. He is certainly the greatest and most successful racing driver-cum-engineer the world has ever seen.

Sir Jack was the first racing driver ever to win a Formula 1 race of any international status in a car bearing his own name, the first to win a World Championship in such a car, and the only racing driver ever to become Formula 1 World Champion Driver and Formula 1 World Champion Constructor. Sir Jack won the Fl Drivers' World Championship title no fewer than three times, in 1959, 1960, and 1966, with his third title achieved driving cars carrying his own name, designed by his friend and business partner Ron Tauranac, and built by their own companies, Motor Racing Developments and the Brabham Racing Organisation.

Even more extraordinary is the fact that, having begun his racing career on the Speedway cinder tracks of Sydney in the late 1940s, Sir Jack not only broke into world-class Grand Prix competition in 1955 with a Cooper car he built himself, he also stayed in Fl Grand Prix racing until as late as 1970. And then, at the age of 44, Sir Jack's final season of his 23-year professional racing career saw him win the South African Grand Prix.

His capability did not stop short within Fl, for he had always been a great racing enthusiast: he loved the activity, the competition, and perhaps above all, the cars and the engineering challenge they posed. Even in his final season he lead a European Championship Formula 2 race until the last lap only for a minor component failure to deny him another major trophy. He rounded off his career with a brilliant final victory in the Paris 1,000 Kilometres sports car classic, competing as a works driver for the Matra team.

In these pages Sir Jack tells his own racing story in his inimitably engaging, frank, and open style, recounting the successes, failures, triumphs, and occasional tragedies of a long and hectic motor-sporting life.

This is a unique personal account of an extraordinary motor racing life, lived to the full and played the only way a true Australian knows...to win.

Doug Nye has written more than seventy books on motor-racing history. He became the first ever three-time winner of the Guild of Motoring Writers' prestigious Montagu Trophy for the best motoring book of the year, and has twice won their Dreyfus Trophy for the year's outstanding journalistic effort by a motoring writer. He has also compiled acclaimed biographies of Stirling Moss, Jim Clark, and Dick Seaman. He is a regular contributor to many motoring magazines and to The Daily Telegraph. He has been an historical consultant to The Donington Collection and has worked closely with the British National Motor Museum at Beaulieu, the Brooklands Museum, and The Collier Collection in Naples, Florida. Since 1987, Doug Nye has been racing-car consultant to Bonhams. In recognition of his work he was appointed an Associate Member of the British Racing Driver's Club.

MSRP:
Now: $59.95
Was:
By: Martin Lawrence . Description   Until now, the man whose racing cars have won more victories than anyone else's, and whose design skills have brought fame to hundreds of drivers and made...

Jack Brabham - When The Flag Drops

The Holden Dealer Team - The Men, The Cars, The Legend... DVD