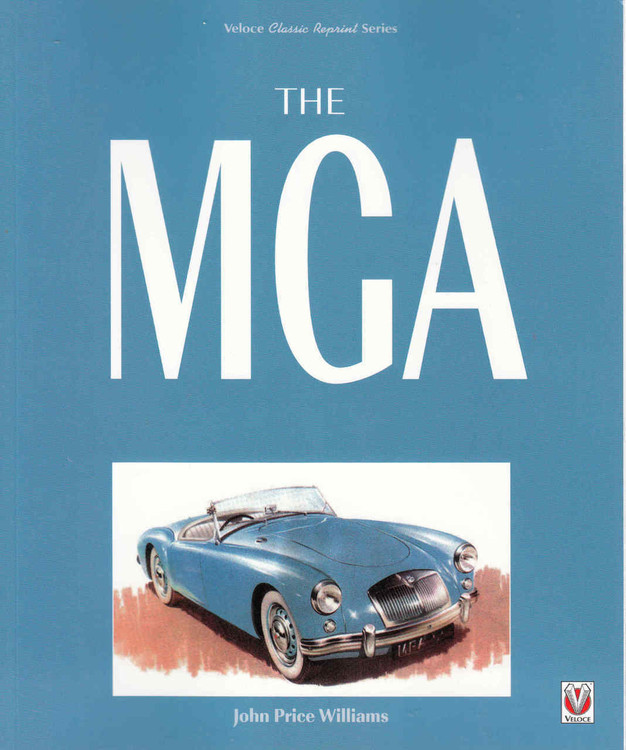 The MGA was the first British sports car to sell more than 100,000 units - and more than 80 per cent of production went to North America. The sleek, streamlined MGA - the first production MG capable of topping 100mph - was a big departure from the upright sports cars that the factory had
produced since the 'thirties, and was a huge international success.

This book is the definitive study. The author has gone back to factory records, and to the people who worked on the MGA in the 'fifties, to find out how it was conceived, manufactured and marketed.

Here is the real and fascinating story of the MGA's engineering, body styling, and every aspect of the car's development and production - including MG's strategy to beat its competitors.

The MGA was the car that was "right first time," and, though the Twin Cam variant was a nightmare for the factory, it is now the most sought-after model.

This book tells how the sleepy Thames-side village of Abingdon became a mass-production centre for the MGA, how the MGA became one of America's best-loved sports cars, and how, today, it's a true classic, cherished by enthusiastic owners all over the world.

Over 160 colour and black 86 white photographs and line illustrations.

"Once I started reading it I found it hard to put down ... John has obviously spent a lot of time researching his subject which has enabled him to include more of the finer details of life in the Abingdon design office, as well as on
the MGA assembly line"

MSRP:
Now: $129.95
Was:
By: Graham Robson . ( MERCIAN REPRINT ) Each of these three models has its niche in motoring history. All have that indefinable quality-character. Graham Robson believes they were the most...

MSRP:
Now: $125.00
Was:
By: John Price Williams . This new book is the definitive study, for the author has gone back to factory records and to the people who worked on the car in the 'fifties, to find out how it was...

The Merlin In Perspective - the combat years (Rolls-Royce Heritage Trust)

The Mechanic's Tale - Life In The Pit Lanes Of Formula One