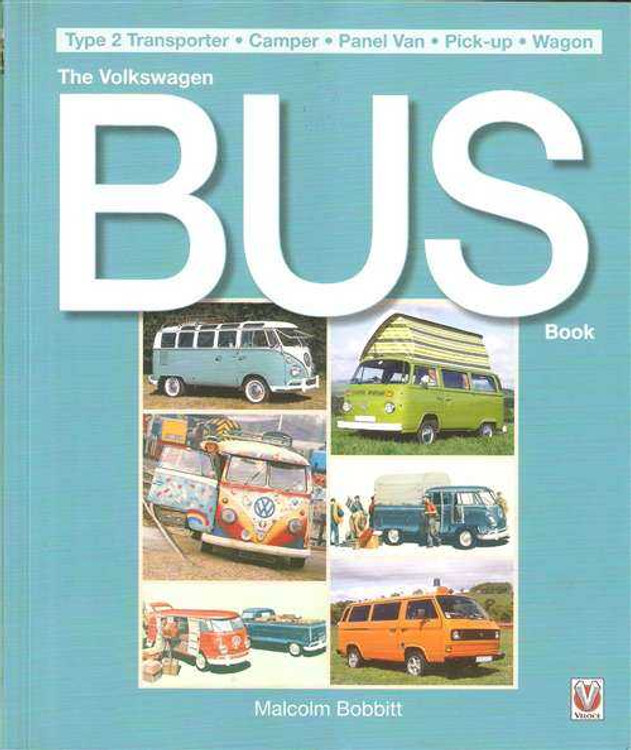 This is the story of VW's timeless classic, the Type 2 Transporter, universally known as the 'Bus'. It is sixty years since the idea of VW's Transporter was conceived by Dutchman Ben Pon after seeing motorized trollies conveying components around the British- managed Wolfsburg factory in the mid-1940s. With blueprints complete by November 1948, the SuIli', as it was known in Germany, went into production a year later. The 100,000th Transporter was built in October 1954, the millionth in 1961 and the 3 millionth in 1971, the total number of vehicles exceeding 6.5 million. The Transporter changed little in concept throughout decades of production, and remains in production in Brazil, though the air-cooled model gave way to a water-cooled vehicle recently, nearly six decades after its postwar German debut.

Researched in incredible detail, this book explores the story of the VW bus, from early origins through to the present day. This entirely new edition includes details of many of the different camper conversions, and examines the social history and the T2's evolution. Including full specifications, production figures and buying advice, this totally reworked classic is an interesting, highly informative read and a must for any VW enthusiast.

How To Convert Volkswagen Bus or Van To Camper

MSRP:
Now: $111.00
Was:
By: Lindsay Porter . Have a great time converting your VW van to a Camper - and save a fortune! With 800 colour illustrations, this manual guides you every step of the way. Applies to all VW...

MSRP:
Now: $49.95
Was:
By: Brooklands Books . This is a book of contemporary road and comparison tests for the VW Bus, Camper and Van models of 1979-1989. Models covered include: Microbus, 4x4, Holdsworth, Transporter,...