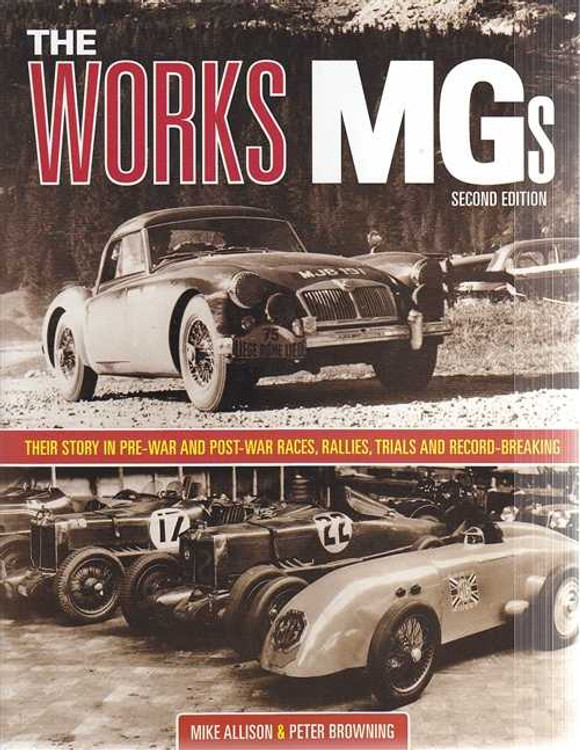 MG is Britain's best-loved sports car and has one of the finest records of achievement in competition events. So it may come as a surprise to learn that the pre-war MG company — run by the giant Morris Motors at Abingdon but owned by William Morris personally — very rarely raced officially. In general the cars were sold to customers who competed as privateers but with works backing. As described in this book, a new version of a motorsport classic, the support came in the form of the latest parts supplied at discount, tuning hints and, on occasion, practical assistance at the circuit by chief mechanic Reg Jackson or one of his men.

Starting with simple modified Morris cars, the speed of development in the early years was such that the Morris Minor engine was transformed into a racing engine with the highest specific output of any engine pre-war, and MG was the first British manufacturer to produce an all-independent suspension system. All that was achieved before 1936, but it wasn't until 1955 that the official MG works team was formed.

Extensive research and personal anecdotes bring the story to life, while the achievements of the drivers and cars are included in comprehensive appendices which detail international competition results from the 1920s until the closure of the Competitions Department under BL in 1968.

MSRP:
Now: $99.95
Was:
By: Peter Browning . This is the story of how the famous BMC Competitions Department at Abingdon developed the Mini into a world- beating rally and race winner during the 1960s. The evolution of...