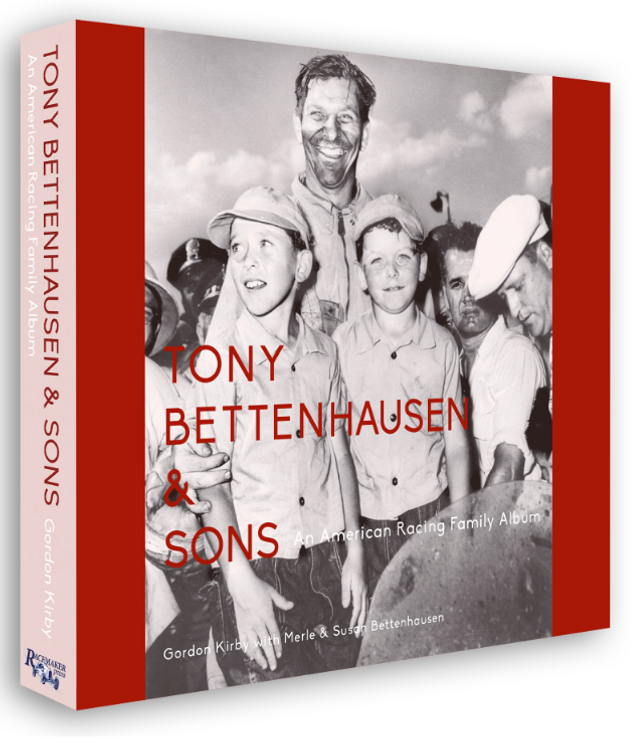 SIGNED BY THE AUTHOR,

“It is doubtful there’s ever been a more determined or star-crossed family in auto racing history … but throughout it was a family shaped by hard work and heart.” – Robin Miller

Over the years, American automobile racing has enjoyed a handful of successful racing families such as the Andrettis and Unsers in Indy car racing and the Pettys, Allisons and Earnhardts in NASCAR. We’ve also seen this phenomenon in Europe and international racing, with the likes of Graham Hill and his son Damon, world champions both, and the legendary Ferrari Formula One hero Gilles Villeneuve and his son Jacques, who was successful in both Indy and F1 cars.

Award-winning author Gordon Kirby has created a visual odyssey of the Bettenhausen family’s epic story, starting with two-time Indy car champion Tony Senior’s first laps at the wheel of a mid-western midget in 1938, and following Gary’s, Merle’s and Tony Jr.’s careers. This book features over 350 superb photos and is enlivened by Merle and Susan Bettenhausen’s personal recollections, observations and commentary about their father, brothers and family. The book is completed with full statistical data of the Bettenhausens’ championship racing careers.

MSRP:
Now: $49.95
Was:
The original rally Quattro debuted in 1980, and was very much based on the road-car versions of the car, but with a highly tuned 300bhp engine. In 1981, Audi Quattro works driver Michele Mouton...