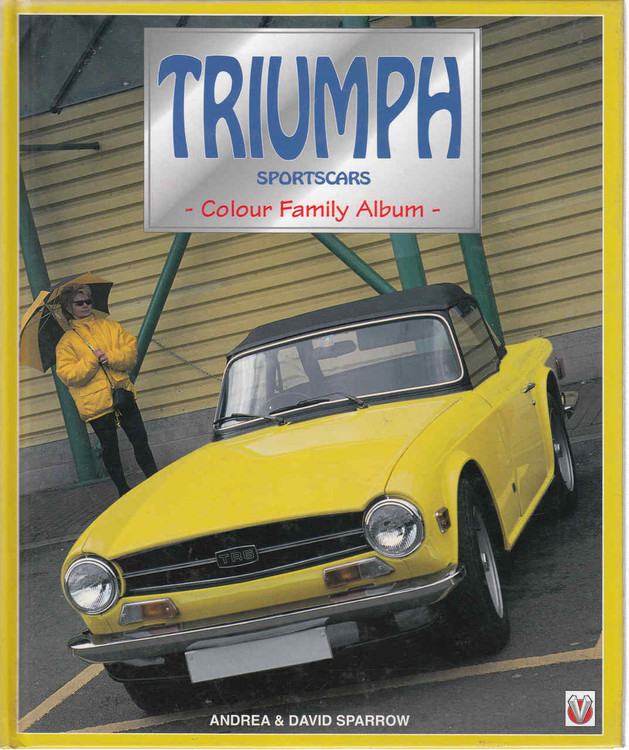 Say 'name a Triumph sportscar,' and even someone with little interest in cars will probably be able to respond with 'Spitfire' or maybe even 'TR.' Triumph's sportscars have become very much a national icon over the years, as British as Sunday roast.

However, the Triumph sportscar story is really very complex - the Spitfire's often neglected sibling, the GT6, has its own story to tell. Talking to a TR enthusiast will soon convince you that chalk and cheese are far too similar to describe the difference between the TR2 and the TR7. And yet despite the problems that were imposed upon them, the TR7 and 8, like the Stag, have a dedicated army of followers who would settle for nothing less.

Getting all the Triumph enthusiasts we have met while preparing this book to agree on relative merits would be an impossible task, and a rather pointless one. However, there are several things that they do have in common - a tireless dedication to accurate restoration and sympathetic im
provement, for example, and a willingness to help each other out - and not just those with an interest in the same model.

They also tell some wonderful stories of Triumph ownership and driving experience, and with only a very slight emphasis on the discomfiture of MG owners.

As with other much-loved marques that are no longer in production, in any shape or form, there is a sense of preserving a complete piece of history. It is to the credit of Triumph enthusiasts everywhere that this preservation involves not just museum showpieces, but a whole lot of driving pleasure.

MSRP:
Now: $95.00
Was:
By: Bill Piggott . Of all the distinguished manufacturer names in the history of the UK car industry, that of Triumph must be one of the best-remembered and best- loved. Although a relatively small...