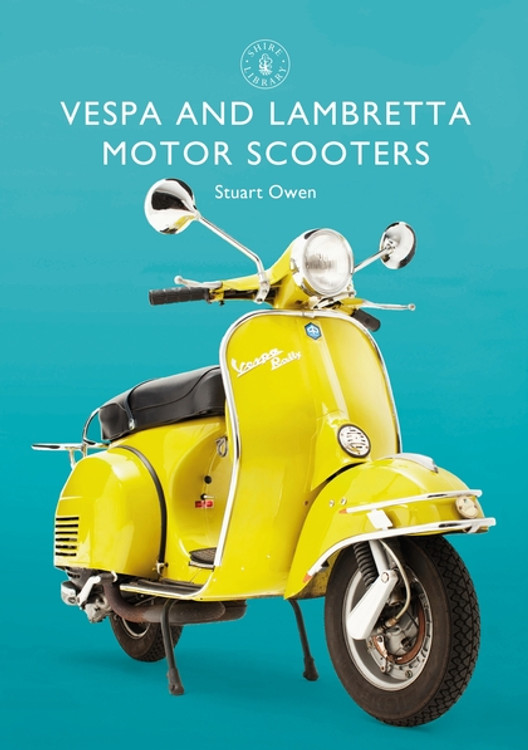 About Vespa and Lambretta Motor Scooters
Vespa and Lambretta remain the two most iconic motor scooter brands, even four decades after the latter's demise. But what made them such a European sensation in the postwar era? And why were they particularly popular in Britain in the 1950s and '60s? Motor scooter expert Stuart Owen explains the rise of Innocenti's Lambretta and Piaggio's Vespa, from the wartime ruins of Italy, through years of plenty as the two manufacturers exploited a ready market for affordable, economic transport, and then their decline into more uncertain times as motor cars trespassed on their success. He also explores the rich history of accessorising and customising the scooters, their essential role in the mod movement, and the revival in Vespa's fortunes following the release of the cult film Quadrophenia.

How To Restore and Maintain Your Vespa Motorscooter

MSRP:
Now: $59.99
Was:
By: Bob Darnell, Bob Golfen . Your number one Vespa restoration resource! With plants in 15 different countries and sales numbering well into the millions worldwide, Vespa is the make among scooter...

MSRP:
Now: $29.95
Was:
By: Michael Webster . Motor scooters are commonly associated with just two manufacturers: Innocenti, who made the Lambretta, and Piaggio, who produced the Vespa. From the early 1950s these firms...

MSRP:
Now: $49.95
Was:
Apollo 17 was the last of six Moon landings carrying astronauts to different places on the lunar surface. The last three flights were greatly extended in duration, providing opportunity for...

MSRP:
Now: $159.95
Was:
The World Championship story race-by-race: 1950–2015 By Roger Smith Foreword by David Croft This remarkable book is the third edition of an acclaimed work of reference about Formula 1. It has...

MSRP:
Now: $159.95
Was:
The Concours d’Elegance market within the historic car world is one of the most vibrant and growing sectors. From its grass roots as a competitive element in most classic car club shows through...

MSRP:
Now: $49.95
Was:
Hardcover HOW TO BE AN F1 DRIVERMY GUIDE TO LIFE IN THE FAST LANEJenson Button AUTHOR OF SUNDAY TIMES BESTSELLER, LIFE TO THE LIMIT In his 17 years as a Formula 1 driver, Jenson Button has picked up...