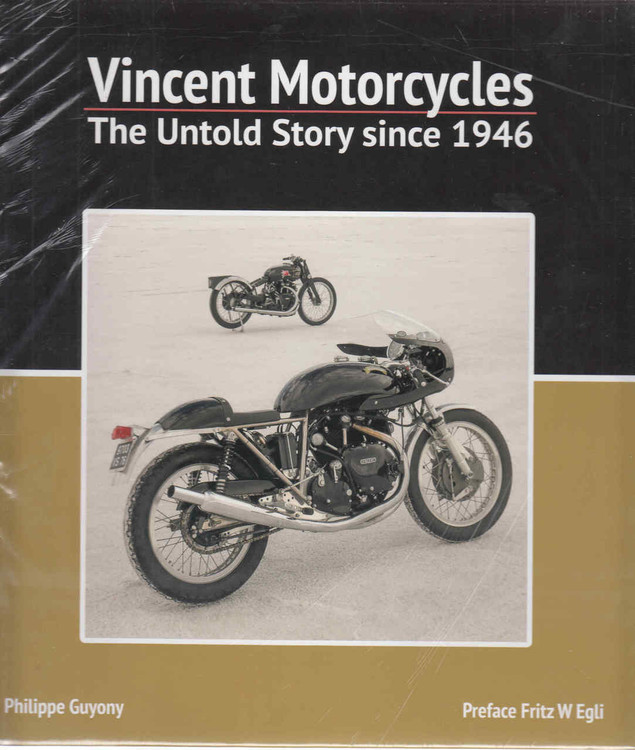 Very few motorcycles have carved a mark in history like the Vincent V-twin, from its arrival in 1946 and up to the present day.

On the road, in club racing, in drag races, or competing for land speed records, it dominated the motorcycle world, leading to the famous catchphrase coined by the factory: The World s Fastest Standard Motorcycle. It was a FACT NOT a slogan.

Images such as that of Rollie Free, in swimming trunks, laying flat on his works-modified Black Shadow and taking the American motorcycle land speed record at Bonneville in 1948, have now passed into posterity. In fact, the big Vincent was so ahead of its time, that it continued to compete successfully almost arrogantly in racing until the mid-1970s, against modern bikes.

No other motorcycle in the world can claim this kind of achievement. Following the premature ending of Vincent production, Fritz Egli s 1967 Egli-Vincent was the first chassis completely redesigned for a Vincent in 21 years. Egli s machine inspired numerous builders for several generations and this book traces, holistically, the story of all those motorcycles in the broad context of the classic and modern history of the Vincent. Understand how the flame of passion still burns brightly today.

The Complete Book of Ducati Motorcycles Every Model Since 1946

MSRP:
Now: $29.95
Was:
By: Jeff Clew . After the close of the First World War, the British motorcycle industry rose to prominence as British motorcycles became almost unbeatable in competitions. However, a shortage of...

MSRP:
Now: $99.95
Was:
By: Roy Bacon . The subject of this book is perhaps the most ambitious of any so far in the Osprey Collector's Library. Its scope is to cover the postwar Villiers-powered motorcycle but it is in fact...