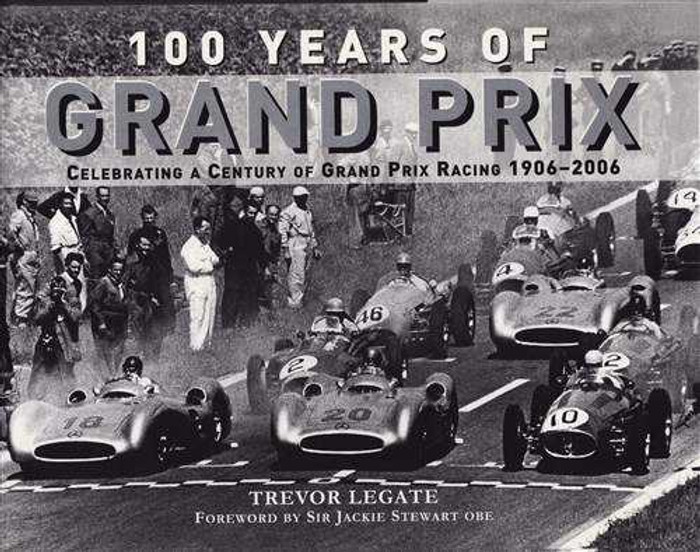 Despite the huge advances in technology that have been applied to the current generation of Formula 1 cars, the essential ingredients of Grand Prix racing have remained unchanged for one hundred years — the love of speed and the desire to race and win. Modern Grand Prix racing has evolved to create highly specialized, utterly focused machines designed to propel their drivers around a circuit faster than ever before, at speeds which those pioneer racers could not possibly have imagined.

Within the pages of this book are gathered a unique selection from what must be many millions of photographs taken of the cars and the heroic drivers who have chosen to pit themselves against the clock, and each other, over the last century. These photographs are all worthy of scrutiny since each one encapsulates a small moment in time, in a manner that a moving image cannot. The still photograph records forever the triumphs and tragedies, and the highs and lows, of a demanding, often inspiring, but frequently cruel sport.

The images in this book give just a glimpse of what has evolved from a gentleman's sport — originally used for political propaganda — to a complex, sophisticated business designed to appeal to a new audience of millions watching the action on television in dozens of countries. It has grown into the richest, and most expensive, sport in the world and has left behind its essentially amateur approach as sponsorship and global publicity has influenced the way in which modern Grand Prix racing is presented.

Even so, Grand Prix still evokes an image of the very best in motor racing and the essence of the sport will never change — the first Grand Prix was held in 1906 and won by a Renault.  As it entered its 100th year, the final race of its 99th year was won by — a Renault.

MSRP:
Now: $175.00
Was:
By: Mark Whitelock . This is the story of a Grand Prix formula that no British constructor wanted, but which, ironically, became one that they would almost totally dominate ... The 11/2-litre GP...

1 The Movie (Formula One) Blu-ray